Jerry Milani May 31, 2016 News, On The Air Comments Off on NBC Sports Group To Present More Than 15 Hours Of The 2016 Penn Mutual Collegiate Rugby Championship 2,067 Views 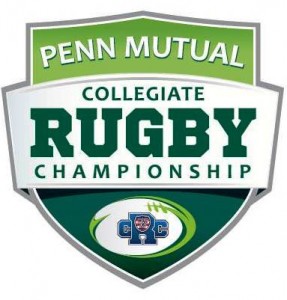 Todd Harris will serve as the play-by-play commentator for all telecasts. Harris will be joined in the booth by former USA Sevens captain and USA Rugby World Cup participant Brian Hightower. Tracy Wilson will report all the action from the sidelines.

The seventh annual Penn Mutual Collegiate Rugby Championship will be held at Talen Energy Stadium and features 24 teams from various colleges, including three-time defending-champion California, two-time tournament champion Dartmouth, and two-time runner-up Kutztown. Click here for a full list of the colleges and universities participating in the Collegiate Rugby Championship.

All matches will consist of seven players per team, playing on the same size pitch as a traditional 15’s rugby match. Teams will compete in one of six pools and will play seven minute halves, with a two-minute halftime.

Rugby makes its return to the Olympics at the 2016 Summer Games in Rio for the first time since 1924. A majority of the players on the Team USA Rugby men’s and women’s teams participated in the Penn Mutual Collegiate Rugby Championship at one point, including Madison Hughes (Dartmouth) and New England Patriots defensive back Nate Ebner (Ohio State).

Jerry Milani is a freelance writer and public relations executive living in Bloomfield, N.J. He has worked in P.R. for more than 30 years in college and conference sports media relations, two agencies and for the International Fight League, a team-based mixed martial arts league, and now is the PR manager for FAN EXPO, which runs pop culture and celebrity conventions across North America. Milani is also the play-by-play announcer for Caldwell University football and basketball broadcasts. He is a proud graduate of Fordham University and when not attending a Yankees, Rams or Cougars game can be reached at Jerry (at) JerryMilani (dot) com.
@gbpackjerry
Previous UFC® And DGital Media Partner To Launch Exclusive On-Demand Audio Series
Next The Basketball Tournament presented by Jack Link’s® Protein Snacks Announces 2016 Field