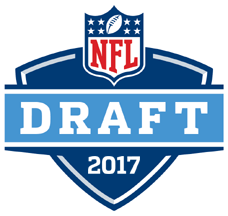 SiriusXM will provide listeners nationwide with comprehensive coverage of the 2017 NFL Draft, with live coverage of every selection from every round, as well as four days of special programming, live from Philadelphia.

From the first round on Thursday, April 27, through the final round on Saturday, April 29, SiriusXM NFL Radio (channel 88 on satellite radios and on the SiriusXM app) will broadcast live from the 2017 NFL Draft as it happens on the steps of the historic Philadelphia Museum of Art (coverage airs Thursday from 6:00 – midnight ET; Friday from 6:00 pm – midnight ET; Saturday from noon – 7:00 pm ET). Listeners will hear the live announcements of all 32 teams’ selections through all seven rounds, as well as interviews with NFL Commissioner Roger Goodell and dozens of draftees, general managers and coaches.

“The NFL Draft is always one of the most anticipated events on the calendar for fans of every franchise, and this year the new Philadelphia venue brings an added level of excitement,” said Scott Greenstein, SiriusXM’s President and Chief Content Officer. “SiriusXM’s comprehensive 24/7 coverage allows those fans to experience the Draft in a unique way. Our listeners not only get live coverage of every pick, but also the many perspectives on the event from experts across several of our exclusive channels including SiriusXM NFL Radio, SiriusXM Fantasy Sports Radio and Business Radio powered by The Wharton School.”

As the Official Satellite Radio Partner of the NFL, SiriusXM airs live play-by-play of every NFL game from the pre-season through the Super Bowl.  All NFL games are available to SiriusXM subscribers on their satellite radios.  Those subscribers with the SiriusXM All Access package – which includes satellite radio and internet listening – also get authenticated access to every NFL game via the SiriusXM app and at SiriusXM.com.

Jerry Milani is a freelance writer and public relations executive living in Bloomfield, N.J. He has worked in P.R. for more than 30 years in college and conference sports media relations, two agencies and for the International Fight League, a team-based mixed martial arts league, and now is the PR manager for FAN EXPO, which runs pop culture and celebrity conventions across North America. Milani is also the play-by-play announcer for Caldwell University football and basketball broadcasts. He is a proud graduate of Fordham University and when not attending a Yankees, Rams or Cougars game can be reached at Jerry (at) JerryMilani (dot) com.
@gbpackjerry
Previous Business Of ‘The Draft’ Bigger Than Ever
Next Rising Company Uses Shoulder Pads As Its Storytelling Canvas…