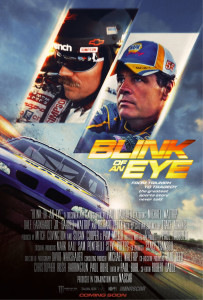 The latest work of groundbreaking filmmaker and multi Emmy-winning Director, Producer and Writer, Paul Taublieb of Taublieb Films, is the feature documentary Blink of an Eye. Set to debut on September, 5, 2019 for a one-week, Academy Award-qualifying run in New York, and on September 6 in Los Angeles, the film will then receive a nationwide theatrical release at over 700 theaters across the country starting September 12.

Produced and Directed by Taublieb Films, with support from Monster Energy, and in association with NASCAR, and distribution by 1091 Media (formerly The Orchard), the cinematic documentary chronicles former professional stock car racer Michael Waltrip and his tragic, star-crossed friendship with the late NASCAR legend, Dale Earnhardt Sr. The film is inspired by Waltrip and Ellis Henican’s 2011 New York Times best-selling book, In the Blink of an Eye: Dale, Daytona, and the Day that Changed Everything (Machete Books).

Action and motorsports filmmaker Taublieb has now brought the story to the big screen with his signature style of penetrating interviews that are interwoven with blistering energy.

“When I heard the entire story of this odd couple but deep friendship and sacrifice between the great Dale Earnhardt and fun loving Michael Waltrip, I was reduced to tears,” explains Mitch Covington, Monster Energy’s VP of Sports Marketing. “I knew right away that the perfect person to make this into a feature documentary would be Paul Taublieb, who I recognize as one of the most creative documentary filmmakers working today.”

“Great stories are a gift, and this one has all the elements,” Taublieb says. “Triumph, tragedy, the unexpected, and amazing characters. It’s a story that transcends sports, much like Free Solo (2018) or The Endless Summer (1966), bringing a human quality that anyone can relate and be engaged to, whether you are a sports fan or not. My film resonates with themes of perseverance, grit, determination and above all, the redemptive and transformation of friendship, even in tragedy.”

Covington’s confidence in Taublieb was due to Taublieb’s wide-ranging previous work; Netflix’s Emmy-winning UNCHAINED: The Untold Story of Freestyle Motocross (2016), which Taublieb directed, wrote and produced, as well as the Emmy-winning ESPN 30 for 30 film, Hawaiian: The Legend of Eddie Aikau (2013), which Taublieb produced and served as creative director and co-writer.

“What drew me in as a director to this particular story were the universal themes inherent to it,” Taublieb remarks. “The heroism of perseverance, the power of having someone believing in you when no one else does, and most importantly, the existence of truth where triumph and tragedy can intersect in the time span of, well, a blink of an eye!”

To purchase advanced tickets for Blink of an Eye, which go on sale tomorrow, August 8, visit here. In theaters September, 12, 2019 nationwide.

Jerry Milani is a freelance writer and public relations executive living in Bloomfield, N.J. He has worked in P.R. for more than 30 years in college and conference sports media relations, two agencies and for the International Fight League, a team-based mixed martial arts league, and now is the PR manager for FAN EXPO, which runs pop culture and celebrity conventions across North America. Milani is also the play-by-play announcer for Caldwell University football and basketball broadcasts. He is a proud graduate of Fordham University and when not attending a Yankees, Rams or Cougars game can be reached at Jerry (at) JerryMilani (dot) com.
@gbpackjerry
Previous Hawk, Comaneci, Howard Featured As Laureus USA Announces 2019 Fashion Show Gala
Next The NLL & IMLCA Announce Strategic & Historic Partnership 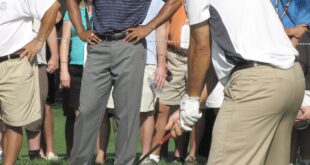