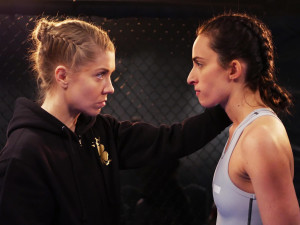 It was only a matter of time before the most dominant brand in Canadian Mixed Martial Arts would team up with the most anticipated female led Mixed Martial Arts Drama Sport movie said Gino Bravo, Executive Producer. The event marks the first time the movie brand has teamed up with an MMA brand to create this first of its kind super event.

Additionally, Executive Producer Jaze Bordeaux was quoted as saying, “While we wanted to make the first inside look into the movie a special one, it was a no brainer to do so while offering our fans the opportunity to head to Toronto and take part in the eagerly awaited ‘PFC’ 13 event.”

In the movie, Cassady Jones finds herself in a melee that shocks the sports world, while leaving the “EFC” in the most tumultuous period of its history. In the aftermath Cassady and seven other female competitors are given an opportunity to fight in a tournament to crown a new champion. Understanding that her big break is at hand, Cassady comes to the realization that it’s not just another fight, it’s the fight for everything. 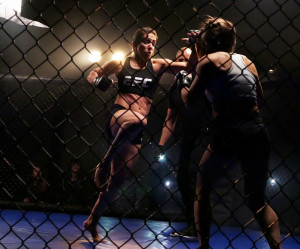 “PFC” 13 comes to REBEL Nightclub in Downtown Toronto for its 13th event on Sunday March 08, 2020 at 4pm EST. The professional Mixed Martial Arts event is headlined by Tony Laramie vs Claudio Ledesma for the World Flyweight Title and includes some of the top fighters from around the world. “‘PFC'” is focused on bringing a premier fight card to Toronto that will send echoes of excitement throughout North America in the weeks leading up to the event”- Jamie Champion. Ticket and online streaming information can be found at prospectfights.com.

Jerry Milani is a freelance writer and public relations executive living in Bloomfield, N.J. He has worked in P.R. for more than 30 years in college and conference sports media relations, two agencies and for the International Fight League, a team-based mixed martial arts league, and now is the PR manager for FAN EXPO, which runs pop culture and celebrity conventions across North America. Milani is also the play-by-play announcer for Caldwell University football and basketball broadcasts. He is a proud graduate of Fordham University and when not attending a Yankees, Rams or Cougars game can be reached at Jerry (at) JerryMilani (dot) com.
@gbpackjerry
Previous Report: Wi-Fi Usage Surges at Super Bowl LIV For Seventh Year in a Row
Next Sportzcast Partners with National Fastpitch Coaches Association (NFCA)