Jerry Milani May 6, 2020 News, On The Air Comments Off on MSG Networks Announces Special Programming to Celebrate the 50th Anniversary of Knicks’ 1970 Championship Team 682 Views 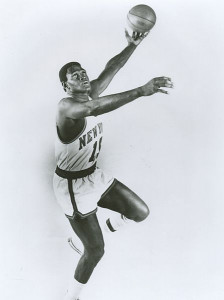 MSG Networks this week announced its programming plans this week celebrate the upcoming 50th anniversary of the Knicks’ 1970 NBA Championship, which the team won back on May 8, 1970 for the first title in franchise history.

The lineup throughout the week will include re-airings of NBA Finals games from that year, including the Knicks’ series-clinching Game 7 win that is remembered for Willis Reed’s inspiring return from injury and Walt Frazier’s legendary 36-point, 19-assist and 7-rebound performance. Viewers can also tune in for a mix of interview specials and features on players from that team that will provide fans with a great look back at that memorable championship season. Some of the highlights include:

As part of its overall Knicks programming this week, the network is also continuing with its decade-themed nights and featuring classic comebacks, buzzer beats and fantastic finishes from the Knicks over the years. A complete schedule for the Knicks programming can be found below, which will also be available on MSG GO, MSG Networks’ live streaming and video on demand platform for smartphones, tablets and computers.

Jerry Milani is a freelance writer and public relations executive living in Bloomfield, N.J. He has worked in P.R. for more than 30 years in college and conference sports media relations, two agencies and for the International Fight League, a team-based mixed martial arts league, and now is the PR manager for FAN EXPO, which runs pop culture and celebrity conventions across North America. Milani is also the play-by-play announcer for Caldwell University football and basketball broadcasts. He is a proud graduate of Fordham University and when not attending a Yankees, Rams or Cougars game can be reached at Jerry (at) JerryMilani (dot) com.
@gbpackjerry
Previous All-Time Greats Wade Boggs, Dwight ‘Doc’ Gooden To ‘Meet’ Fans In Free Q&A Plus Video Chats May 17
Next All-Time Great World Series Lead Classic Sports Schedule on SiriusXM: May 8-15