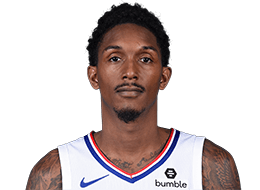 Lou Williams led six in double figures with 23 points off the bench and Ivica Zubac added 16 and a game-high 14 rebounds to lead the visiting Los Angeles Clippers to a 124-113 victory over Milwaukee in Game 7 of Strat-O-Matic’s simulation of the NBA Finals on Sunday.

The Clippers battled back from a 3-2 series deficit with wins on Thursday and today to win their first championship. In today’s contest, Los Angeles closed the first half on a 7-2 run to take an 11-point lead at the intermission, 74-63. They extended to their largest lead of 113-94 with 7:40 left and cruised to the title. Paul George pitched in with 19 points and four assists for the winners.

Eric Bledsoe posted a triple double with 14 points, 10 assists and 10 rebounds for Milwaukee, which was led in scoring by Giannis Antetokounmpo with 23.

Strat-O-Matic simulated the remainder of the regular season, from the point at which games were suspended, through the entire playoffs, concluding in today’s decisive contest.

Boxscore for Game 7 is here: https://2020basketballplayoffs.s3.amazonaws.com/June21st/LAC%40MIL_7+BOX.HTML/.

Jerry Milani is a freelance writer and public relations executive living in Bloomfield, N.J. He has worked in P.R. for more than 30 years in college and conference sports media relations, two agencies and for the International Fight League, a team-based mixed martial arts league, and now is the PR manager for FAN EXPO, which runs pop culture and celebrity conventions across North America. Milani is also the play-by-play announcer for Caldwell University football and basketball broadcasts. He is a proud graduate of Fordham University and when not attending a Yankees, Rams or Cougars game can be reached at Jerry (at) JerryMilani (dot) com.
@gbpackjerry
Previous MSG Network’s McNutt To Host New Series Focused On Black Athletes
Next Strat-O-Sons Top Dads, Four Games To Three, In Father’s Day Inspired Series