Jerry Milani January 12, 2016 News, On The Air Comments Off on ‘Terry Collins: A Life In Baseball’ Premieres Tonight 2,594 Views 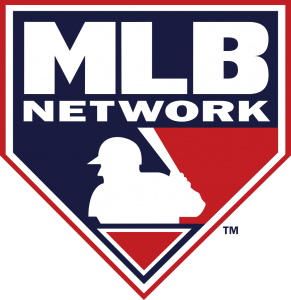 The one-hour program features Collins discussing his baseball journey, from never making it to the Major Leagues as a player to guiding the Mets to last year’s World Series, including his decision to let starting pitcher Matt Harvey begin the ninth inning of Game Five. MLB Network’s Tom Verducci spent the day with Collins at the Historic Dodgertown in Vero Beach, Florida, where Collins spent 15 years of his career as part of the Los Angeles Dodgers organization. Chicago Cubs manager Joe Maddon, three-time World Series winner Tony LaRussa and 1997 World Series winner Jim Leyland all discuss their unique experiences with Collins and his evolution as a manager in the show.

At the site where he managed the Vero Beach Dodgers in 1982, Collins walks the grounds of Dodgertown reminiscing about Leyland’s impact on him breaking into the Major Leagues. Following his time with the Pittsburgh Pirates, Collins revisits his unceremonious managerial departures from the Houston Astros and Anaheim Angels organizations in 1996 and 1999. After being a manager for two different organizations, Collins talks about his once bleak outlook of landing another managerial position and the eight different baseball jobs he experienced before being named the Mets skipper in 2011. Following four below .500 seasons as the Mets manager, Collins details his reasons behind placing high expectations on last year’s Mets and the emotions of watching Jeurys Familia strike out the Cubs’ Dexter Fowler to clinch the National League pennant.

As the calendar has turned to 2016, Collins reflects on a missed opportunity against the Kansas City Royals in last year’s Fall Classic, and looks ahead to what his baseball life has in store behind pitchers Jacob deGrom, Harvey, Steven Matz and Noah Syndergaard.

Maddon explains his long relationship with Collins, from working together on the Anaheim Angels coaching staff to matching up against him as the Cubs manager in the 2015 NLCS. La Russa shares his thoughts on how Collins has adjusted to managing in New York after unsuccessful stints in his first two times as manager. Leyland opens up on his more than 30-year relationship with Collins, and what the two have meant to each other both on and off the diamond.

Hosted by Bob Costas, MLB Network Presents is a series of documentaries and access-driven profiles. Launched in January of 2015, the series has produced programs covering many different storylines, including The Story of Billy Bean and The Nasty Boys: The 1990 Cincinnati Reds, and more recently Lenny Randle, “The Most Interesting Man in Baseball”  and The Eighth Wonder of the World.

Jerry Milani is a freelance writer and public relations executive living in Bloomfield, N.J. He has worked in P.R. for more than 30 years in college and conference sports media relations, two agencies and for the International Fight League, a team-based mixed martial arts league, and now is the PR manager for FAN EXPO, which runs pop culture and celebrity conventions across North America. Milani is also the play-by-play announcer for Caldwell University football and basketball broadcasts. He is a proud graduate of Fordham University and when not attending a Yankees, Rams or Cougars game can be reached at Jerry (at) JerryMilani (dot) com.
@gbpackjerry
Previous As The Bridgestone NHL Winter Classic Approaches, The Access Heats Up
Next All Ochocinco All The Time