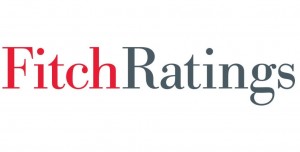 The NFL’s playoff games were successful despite their relatively small markets. Ninety-nine million viewers nationwide watched the games on January 23, and coverage in the markets was deep; 65% of the Phoenix media market and 71% of the Charlotte market watched the games, according to USA Today. These results are substantial, as both markets are relatively small and the entertainment quality of the game in Charlotte was lower, as it was a less exciting, one-sided game.

The NFL’s consistently high television exposure means stadia are likely to have stronger and more reliable revenue streams, and therefore generally stronger credit profiles, than facilities in the National Basketball Association and Major League Baseball. While basketball and baseball playoff and championship series are in high demand, their national television audiences can vary significantly for regular season games.

In the long run, TV viewing technology innovations should promote additional interest in the sport and keep stadia competition in a healthy range. Wider distribution of 4K TVs, with more detailed colors and images, is imminent. Virtual reality headsets are moving from the lab into customers’ homes. We believe these trends, if adopted in the long run, could attract more viewers to NFL games.

Despite these factors, a technology arms race has begun pushing stadia to include larger screens and faster Wi-Fi to compete with the home experience, sell tickets and attract big games and events. These innovations are more important to stadia in smaller markets whose size works against them when trying to attract bigger games that can raise revenues.

This year’s Super Bowl host is Levi’s Stadium, home to the San Francisco 49ers. It is believed to offer the fastest Wi-Fi among NFL stadia. CenturyLink Field (Seattle Seahawks) claims the fastest cellular connection. EverBank Field (Jacksonville Jaguars) installed the largest video screen at 362 feet in 2014 while NRG Stadium (Houston Texans and host of Super Bowl LI in 2017) has the second largest at 227. It was installed in 2013. US Bank Stadium, expected to open for the Minnesota Vikings’ 2016 season and host the 2018 Super Bowl, has retained Daktronics as project manager to install more than 25,000 square feet of 13HD video and ribbon boards. That will be the most in the NFL and will feature a main scoreboard that will be one of the 10 biggest in the NFL. As these offerings expand we expect indoor stadia to have an advantage, as their structures offer more construction options.

Jerry Milani is a freelance writer and public relations executive living in Bloomfield, N.J. He has worked in P.R. for more than 30 years in college and conference sports media relations, two agencies and for the International Fight League, a team-based mixed martial arts league, and now is the PR manager for FAN EXPO, which runs pop culture and celebrity conventions across North America. Milani is also the play-by-play announcer for Caldwell University football and basketball broadcasts. He is a proud graduate of Fordham University and when not attending a Yankees, Rams or Cougars game can be reached at Jerry (at) JerryMilani (dot) com.
@gbpackjerry
Previous 2016 Six Nations Rugby Tournament Coverage Kicks off Exclusively on beIN SPORTS
Next NBA LEAGUE PASS action coming to go90