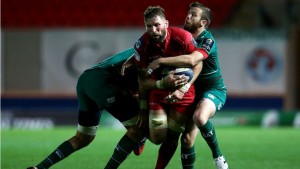 beIN SPORTS announces the schedule for its exclusive coverage of the highly-anticipated 2016 Six Nations Rugby tournament, kicking off Saturday, February 6. The annual competition will be broadcast on both beIN SPORTS and beIN SPORTS CONNECT, the network’s streaming service, for U.S. and Canada audiences. Original programming designed to showcase and break down tournament highlights will also be available exclusively on beIN SPORTS.

“beIN SPORTS is committed to providing viewers with unparalleled global sports coverage, and the addition of the esteemed Six Nations Tournament to our rugby programming fits right into that commitment,” said Antonio Briceño, Deputy Managing Director of beIN SPORTS. “Fans can tune-in to our English channel and streaming service for coverage throughout the competition, as well visit our website and social channels for the latest rugby news.”

The Six Nations Championship is an international rugby union competition, and the oldest rugby championship in the world, dating back to 1882. Originally held between the four United Kingdom countries England, Scotland, Wales and current defending champions, Ireland, France joined in 1910 and Italy joined in 2000. Since then, France have won the most titles with 5, while Italy and Scotland have failed to win a title and remain eager for a Six Nations Championship trophy.

All programming on beIN SPORTS CONNECT is offered in HD and is available on PCs, mobile tablets and smart phones.

Jerry Milani is a freelance writer and public relations executive living in Bloomfield, N.J. He has worked in P.R. for more than 30 years in college and conference sports media relations, two agencies and for the International Fight League, a team-based mixed martial arts league, and now is the PR manager for FAN EXPO, which runs pop culture and celebrity conventions across North America. Milani is also the play-by-play announcer for Caldwell University football and basketball broadcasts. He is a proud graduate of Fordham University and when not attending a Yankees, Rams or Cougars game can be reached at Jerry (at) JerryMilani (dot) com.
@gbpackjerry
Previous Red Bull Global Rallycross Returns to NBC and NBCSN in 2016
Next Fitch: Strong NFL TV Ratings Support Stadia Stability