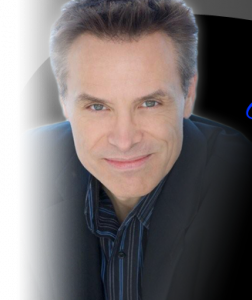 “I am very excited to have Jay Adams join the Titan FC commentating team.  In addition to over two decades of television and combat sports experience, Jay brings tremendous passion, energy, and knowledge to the booth” Lex McMahon, Titan FC COO.

“I am thrilled to be working with Lex and the rest of the Titan FC family. Lex is known as a fighter’s promoter., He’s a great guy who cares about his athletes and treats them right. That’s one of the main reasons you see the best prospects lining up to fight on his show. From the moment Jeff Aronson and Lex took the helm, they have promoted nothing but stellar shows. It is an honor to join this team” Jay Adams United Fight Alliance.

Titan FC 53’s main event is for the Flyweight Title.  In a re-match, Juan Puerta (16-6) of the US takes on 8-1 Wrestling Phenom Gustavo Balart of Cuba.  The last time these two met, Puerta knocked Balart out with a flying knee. It’s the Cuban’s only loss. Yes, Balart wants the flyweight strap but maybe even more importantly, he wants redemption. The Co-Main event is for the Titan FC Interim Welterweight Title. 7-1 UFC Veteran Chris Graves faces 13-2 dangerous handed prospect Jared Gooden out of Atlanta. Also on the card is a Heavyweight match between Mohammed “The Motor” Usman of Nigeria and “Big” Frank Tate from the US.  As always, Titan’s cards are stacked with prospects. Friday’s event features six fighters with only one loss on their record and four who are undefeated. The full card can be viewed here.

Jerry Milani is a freelance writer and public relations executive living in Bloomfield, N.J. He has worked in P.R. for more than 30 years in college and conference sports media relations, two agencies and for the International Fight League, a team-based mixed martial arts league, and now is the PR manager for FAN EXPO, which runs pop culture and celebrity conventions across North America. Milani is also the play-by-play announcer for Caldwell University football and basketball broadcasts. He is a proud graduate of Fordham University and when not attending a Yankees, Rams or Cougars game can be reached at Jerry (at) JerryMilani (dot) com.
@gbpackjerry
Previous Lara Logan, Navy Vice Admiral David Buss To Play In SOF Support/Navy SEALs Benefit Golf
Next National Lacrosse League Content Free on B/R Live