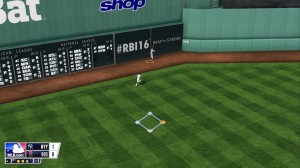 This year’s global distribution will more than double the available regions where baseball fans can buy R.B.I. Baseball 16 as a digital download on consoles, including in European countries such as the United Kingdom, Germany, France, Spain, Italy and the Netherlands for the first time since its return by MLBAM.

As was announced in January, Boston Red Sox outfielder Mookie Betts will be the cover athlete for R.B.I. Baseball 16. Exclusively in Canada, Toronto Blue Jays pitcher Marcus Stroman will be featured on the game’s cover.

The fun, fast-paced game will bring new graphics and lighting as well as a suite of additional features, including: new fielding capabilities with dives, wall catches, fake throws and more; an improved batting engine with variable perfect timing; a reworked pitching strategy AI; sim a game or multiple games; modify a team’s lineup pre-game or in-game, including double switches.

R.B.I. Baseball 16 is officially licensed by MLB and MLBPA. It also will be available for iPhone, iPad, supported Android smartphones and tablets, and PC/Mac via Steam.

In the United States, for the third straight year, the game will be available for $19.99 on consoles and $4.99 on smartphones and tablets. Complete details and launch dates for mobile and PC/MAC via Steam will be announced when available.

Jerry Milani is a freelance writer and public relations executive living in Bloomfield, N.J. He has worked in P.R. for more than 30 years in college and conference sports media relations, two agencies and for the International Fight League, a team-based mixed martial arts league, and now is the PR manager for FAN EXPO, which runs pop culture and celebrity conventions across North America. Milani is also the play-by-play announcer for Caldwell University football and basketball broadcasts. He is a proud graduate of Fordham University and when not attending a Yankees, Rams or Cougars game can be reached at Jerry (at) JerryMilani (dot) com.
@gbpackjerry
Previous EPIX Serves Up Original Documentary ‘Serena’; Premier June 22
Next FloSports To Launch New Sports Vertical Covering Volleyball