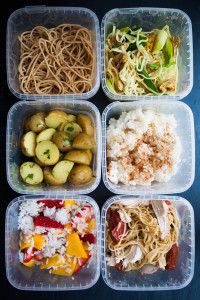 Amazon today announced it has greenlit an untitled Hannah Grant Tour de France series for Prime Video. The Amazon Original Series is a documentary adventure series about the incredible athletes competing in the 104th Tour de France and the food that keeps them alive. The series follows Grant, known as the Queen of Performance Cooking among pro cyclists, as she and her crew source and prepare healthy, high-performance meals for Team Orica-Scott’s nine riders during the 23-day endurance race that covers 21 stages and 2,200 miles.

The series, inspired by Grant’s book The Grand Tour Cookbook, goes behind the scenes at this race-within-a-race, showcasing what it takes to maintain Grant’s Michelin star-level cooking standards balanced with the “high octane” dietary needs of professional athletes. During the Tour de France, one of the world’s most physically demanding sporting events, the racing team and Grant’s entire operation will move daily, starting in Dusseldorf, Germany and ending in Paris for the famous ride through city streets and the finish line at the Champs-Élysées. The series will offer unprecedented behind-the-scenes access to one of the largest annual sporting events on the planet that billions around the world watch, featuring a side of the race, the athletes and their support team that many don’t even know exists.

“Hannah Grant is a world-class chef who has dedicated her career to fueling some of the world’s most incredible athletes, operating under impossible conditions to create cuisine that is gourmet and that also fuels performance,” said Conrad Riggs, Head of Unscripted, Amazon Originals. “We are thrilled to give Amazon Prime members an inside look at the organized chaos behind one of the world’s most prestigious and intense sporting events, in which Grant and her team thrive.”

“It’s a rare gift to find a powerful new story angle into a world and event as big as the Tour de France. It’s the unprecedented intersection of sports, travel, and food,” said Executive Producer Christof Bove. “Our goal is to give Amazon’s global audiences an all-access look into the mechanics and passion of this monolithic sporting event. Hannah is part of the vanguard of next generation cooking. She brings with her attitude and insight equal to this world of performance excellence. To survive the Tour, you simply have to be the best of the best.” 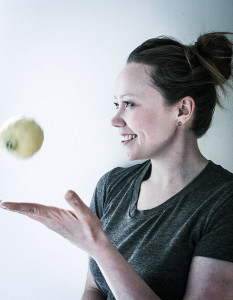 Prime members will be able to stream the series exclusively via the Amazon Prime Video app for TVs, connected devices including Fire TV, mobile devices and online. Members can also download the series to mobile devices for offline viewing at no additional cost to their membership. Hannah Grant’s Tour de France will be a global release and available on PrimeVideo.com for Prime Video members in more than 200 countries and territories.

Customers who are not already Prime members can sign up for a free trial at www.amazon.com/prime. For a list of all Amazon Video compatible devices, visit www.amazon.com/howtostream.

Jerry Milani is a freelance writer and public relations executive living in Bloomfield, N.J. He has worked in P.R. for more than 30 years in college and conference sports media relations, two agencies and for the International Fight League, a team-based mixed martial arts league, and now is the PR manager for FAN EXPO, which runs pop culture and celebrity conventions across North America. Milani is also the play-by-play announcer for Caldwell University football and basketball broadcasts. He is a proud graduate of Fordham University and when not attending a Yankees, Rams or Cougars game can be reached at Jerry (at) JerryMilani (dot) com.
@gbpackjerry
Previous Talk Stream Live Launches “Sunday Night Sports Talk” with Don and Galen Criqui
Next 3rd Annual ‘Talk of the Town’ Brings Together Four Iconic Sports Announcers