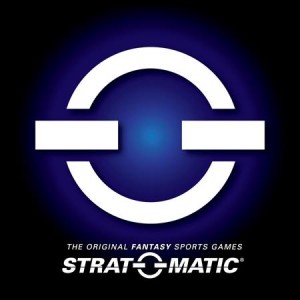 For more than 50 years, Strat-O-Matic, the original fantasy sports game company, has brought millions of baseball fans closer to the sport they love. For some, the challenge has been to vicariously serve as manager and sharpen their baseball acumen. For thousands more, Strat-O-Matic represents a chance for fathers and sons to connect through baseball. In recognition of this connection, a new documentary film entitled, MANAGING TO WIN: The Story of Strat-O-Matic Baseball is being released in time for Father’s Day.

MANAGING TO WIN will be available for purchase on DVD at strat-o-matic.com beginning Monday, June 6 for $21.99. Domestic orders placed before Friday, June 10 will be delivered in time for Father’s Day, with expedited shipping options available for orders placed the following week. Additionally, to inspire a new generation of fathers and sons to create their own precious Strat-O memories, the company is offering a Father-Son Starter Kit — a MANAGING TO WIN DVD plus a Strat-O-Matic Baseball Express 2nd Edition beginner’s game for a special price of $29.99.

Each DVD will come with nine collectible Baseball Hall of Fame peak player cards, featuring a different range of the best seasons for an assortment of Hall of Fame players. The nine players in the set are: Ernie Banks, Joe DiMaggio, Jimmie Foxx, Rogers Hornsby, Sandy Koufax, Mickey Mantle, Pedro Martinez, Stan Musial, and Ted Williams. Purchasing the DVD will be the only way for fanatics to obtain these cards. In addition, each DVD will include a $5.00 Strat-O-Matic discount coupon.

“My father was very tough on me while I was growing up and I invented the game in part, as a way to get out from under his control,” said Hal Richman, the Founder and CEO of Strat-O-Matic. “The irony of my situation is that Strat-O-Matic games have brought thousands of fathers and sons together.”

MANAGING TO WIN is an hour-long documentary that tells the story of Richman and his life’s journey in creating and sustaining the Strat-O-Matic Game Company, a fixture in the sports world for over 50 years. The documentary focuses both on Hal’s formative years as well as the history of the Company, giving viewers an inside look at early struggles, how Strat-O-Matic turned the corner to become a huge success, and what goes on behind the scenes to create the games annually.

However, MANAGING TO WIN is more than just a film about a game; it is about the American spirit – how an 11-year-old boy armed with an idea harnessed his passion and created a business that would thrive for more than five decades. The documentary includes Richman family home videos and photos plus footage from the Strat-O-Matic 50th Anniversary Convention. It also features dozens of interviews with Richman’s family members, friends, and famous Strat-O-Matic aficionados such as Bob Costas, Keith Hernandez, and Doug Glanville.

Among the dozens of personal stories told include Hernandez recounting how his father removed a Strat-O-Matic game that he had packed heading to his first spring training as a St. Louis Cardinals minor leaguer. Glanville admits that getting his own Strat-O card truly marked his arrival as an MLB player.

Hal tells many stories about his father, including the famous “Damn Yankees Bet” they made. Knowing he needed more money to expand the card set, he went to his father for a $5,000 loan with the agreement that if the game failed, Hal would be forced to work for his father’s insurance agency – a job the young Richman never had to take.

Jerry Milani is a freelance writer and public relations executive living in Bloomfield, N.J. He has worked in P.R. for more than 30 years in college and conference sports media relations, two agencies and for the International Fight League, a team-based mixed martial arts league, and now is the PR manager for FAN EXPO, which runs pop culture and celebrity conventions across North America. Milani is also the play-by-play announcer for Caldwell University football and basketball broadcasts. He is a proud graduate of Fordham University and when not attending a Yankees, Rams or Cougars game can be reached at Jerry (at) JerryMilani (dot) com.
@gbpackjerry
Previous The Basketball Tournament presented by Jack Link’s® Protein Snacks Announces Partnership with GoFundMe
Next 4KUNIVERSE And AVP Pro Beach Volleyball Announce Partnership Through 2020