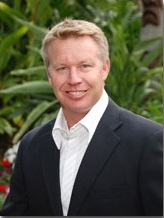 United World Sports, the organizers of the premier annual rugby events in the United States, announced they have promoted Jon Hinkin to Tournament Director. One of the most respected competitors and successful businessmen in the sport, Hinkin has been involved in the growth of the USA Sevens since its inception. The 2017 USA Sevens will be held at Sam Boyd Stadium in Las Vegas from March 3-5, 2017 with over 80,000 people expected.

“There is no one more deserving of this role than Jon is, and we are very pleased to have him take over as Tournament Director at a time when the USA Sevens is about to ascend to new heights in visibility, brand activation and participation,” said United World Sports President Jonathan First. “He has the unique balance of success in the business world and on the field that will be invaluable to us going forward.”

“I am a great believer in the continued growth of rugby as a sports and entertainment property in the United States, and there is no event with more potential than USA Sevens in Las Vegas,” Hinkin said. “I have seen the event grow as both a player and as a business professional, and look forward to working closely to expand its business footprint even larger.”

Jon Hinkin has been with United World Sports (UWS) since its inception in 2006. He created and built what is now the Las Vegas Invitational, which consists of over 270 teams from 25 countries and is played congruently with the USA Sevens in Las Vegas. He has also held Competition Management positions in UWS events including the Penn Mutual Collegiate Rugby Championship in Philadelphia, the Pro Soccer Challenge, the Penn Mutual Varsity Cup and is listed as an inventor of Super Sevens rugby.

The former star at rugby powerhouse St. Mary’s College in Moraga, Cal. enjoyed a brilliant playing career which saw him represent the United States from 1991 – 1998, captaining the USA Sevens team in 1997 and 1998. He played in the inaugural Rugby Sevens World Cup in 1993 and was a reserve on the 1997 USA Rugby Sevens World Cup team. Jon also had a successful amateur career where he was part of 12 National championship sides in 15’s and 7’s with his club OMBAC, select sides Northern California Pelicans, Southern California Griffins and the Grizzlies. He has also represented the United States five times at the World Rugby Classic in Bermuda.

After his international career Jon took his leadership qualities to the business world. He was the lead Supplier Manager for Medibuy.com and was responsible for growing the supplier community to over 400 businesses. He then became a partner in All Valley Home Health Care where his integration of business practices via software technologies helped grow AVHHC from 10MM to 27MM in revenue annually while expanding to over 20 office locations in 4 states. Jon was then recruited to build Lorimar Group, a communications company, in his role as Business Development Director Lorimar grew from 1MM to 10MM in sales.

The 2017 USA Sevens will be the only stop for Rugby Sevens in the United States. Over 80,000 people will be on hand for the three days of non-stop play, bringing over $30 million into the local economy, ranking it among the biggest weekends for any event held in Las Vegas.

The Las Vegas event will be the fifth global stop in the HSBC Sevens Series for the competing nations. The United States, Argentina, Fiji, South Africa, New Zealand, England, France, Japan, Australia, Samoa, Wales, Russia, Portugal, Canada, Scotland and Kenya will be competing on the men’s side in Las Vegas.

In addition to the USA Sevens, Las Vegas will also concurrently host the Las Vegas Invitational, the largest amateur rugby competition in the western hemisphere, featuring athletes and match-ups across a wide-range of rugby divisions and age groups.

Jerry Milani is a freelance writer and public relations executive living in Bloomfield, N.J. He has worked in P.R. for more than 30 years in college and conference sports media relations, two agencies and for the International Fight League, a team-based mixed martial arts league, and now is the PR manager for FAN EXPO, which runs pop culture and celebrity conventions across North America. Milani is also the play-by-play announcer for Caldwell University football and basketball broadcasts. He is a proud graduate of Fordham University and when not attending a Yankees, Rams or Cougars game can be reached at Jerry (at) JerryMilani (dot) com.
@gbpackjerry
Previous WTA To Launch New Digital And Social Platform To Take The Fans On Tour
Next Topps Inks Largest Exclusive Deal In Company History With Cubs Superstar Bryant