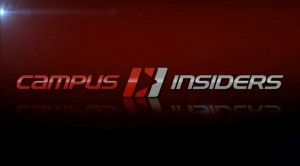 The Collegiate StarLeague (CSL) has announced Campus Insiders as its Official Media Partner for the 2016-2017 season. This exciting partnership will create and distribute written and video content supporting and highlighting CSL’s collegiate esports leagues and tournaments across the Campus Insiders network.

CSL is the destination of choice for competitive esports on college campuses in the US and Canada, with over 1,000 teams from 700 campuses competing in League of Legends, DotA2, Counter Strike: Global Offensive, Vainglory and Starcraft 2.

This deal will bring collegiate esports to the forefront on Campus Insiders’ already established all-digital platform for collegiate sports news. CSL content will be featured across the Campus Insiders network on www.CampusInsiders.com and available on various streaming applications and connected devices including Sling TV, Verizon’s go90, XBOX One, Apple TV, Amazon Fire, Roku, Facebook and Twitter.

Collegiate esports is a steady growth area for the esports industry as a whole. In the past seven years since the CSL’s inception, hundreds of esports clubs representing thousands of students have sprouted up at campuses across North America with numerous intramural and intercollegiate events taking place to support them. While collegiate esports is still in its development stage, the partnership between CSL and Campus Insiders will allow fans a chance to receive reliable coverage of the future as it unfolds in real-time.

“It’s exciting to see esports at the collegiate level getting the recognition it deserves,” says Duran Parsi, CEO of Collegiate Starleague. “With competitive video gaming a becoming strong spectator-sports, students and alumni need a reliable outlet like Campus Insiders that allows them to track their favorite esports teams just like they do traditional sports teams.”

The content partnership will also allow Campus Insiders and CSL to collaborate on and create new and exciting live events within collegiate esports. It will create a unified portal for collegiate esports content coverage, making it easier for fans to follow their favorite teams as they compete regionally and nationally in these events.

“We’re excited to partner with Collegiate StarLeague to provide our fans and viewers with an even wider range of high-quality collegiate sports content in addition to our live games and daily coverage,” said Brooks Boyer, CEO of Silver Chalice. “Our partnership with CSL will enable us to produce a unique set of live esports events unlike anything currently offered in the market, delivering on our quest to provide the best coverage for college fans where they want it and when they want it.”

Content will begin appearing across the Campus Insiders network next month.

Jerry Milani is a freelance writer and public relations executive living in Bloomfield, N.J. He has worked in P.R. for more than 30 years in college and conference sports media relations, two agencies and for the International Fight League, a team-based mixed martial arts league, and now is the PR manager for FAN EXPO, which runs pop culture and celebrity conventions across North America. Milani is also the play-by-play announcer for Caldwell University football and basketball broadcasts. He is a proud graduate of Fordham University and when not attending a Yankees, Rams or Cougars game can be reached at Jerry (at) JerryMilani (dot) com.
@gbpackjerry
Previous Fitch: Long-Term TV Deals Strengthen U.S. Sports 2017 Outlook
Next ‘I Am A Baseball Player: A True Story About Baseball’s Youngest Pro’ Picture Book Now Available on Amazon and Online