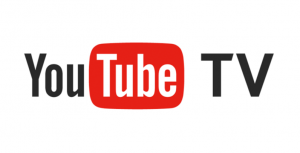 YouTube and Major League Baseball today announced a multi-faceted partnership to drive fan excitement for the 2017 World Series, as well as showcase another way for baseball fans to watch the national pastime with a new cable-free, live TV service — YouTube TV.

As part of the partnership, YouTube TV will serve as the presenting sponsor of the 2017 World Series with a variety of national TV spots and on-air call-outs on FOX during each game, branding across MLB’s digital properties and official social media accounts, as well as in-stadium promotion. YouTube TV is also expected to incorporate MLB players competing in the Postseason in its promotional efforts. YouTube TV launched in April 2017 to provide audiences around the country a new, more flexible way to enjoy their favorite live TV programming – including sports – outside of a traditional cable subscription. The service is currently launched in 49 TV markets (DMAs), representing two-thirds of the country.

To bridge digital audiences to the World Series and raise awareness for YouTube TV as a new way to watch one of the biggest sporting events of the year, the partnership will also see the two parties engaging MLB players and YouTube creators to take fans behind the scenes of the Series. They will generate original, World Series-themed content featuring special access at the participating ballparks, engagement with MLB players and personalities, and sights and sounds of all aspects of the Fall Classic. YouTube TV and MLB will also give a few lucky fans the chance of a lifetime to experience the World Series in-person as a VIP including behind-the-scenes access and an opportunity to be highlighted during the FOX national broadcast*.

“We built a cable-free service that makes it easier than ever for fans to get access to their favorite live TV programming – including amazing live sporting events like the World Series on FOX.” said Kelly Merryman, Managing Director, Content Partnerships Americas, YouTube. “When we were thinking about partnerships to showcase the power of YouTube TV, Major League Baseball and the World Series was the perfect fit. It’s a great next step in our long-term relationship with the league.” 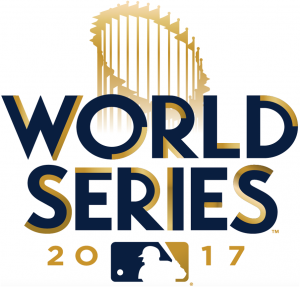 MLB has been an innovator in the digital sports arena, investing in engaging fans on YouTube for years, as well as through a broad range of digital platforms and products. The YouTube TV partnership builds upon the league’s 10+ year strategy to reach fans wherever they are. This year alone, for example, MLB’s engagement and content strategy on YouTube has generated over 1 billion views.

“We are proud to team with You Tube on its first major partnership to help raise national awareness for YouTube TV,” said Noah Garden, MLB Executive Vice President, Business. “YouTube TV is an exciting new offering for fans providing them with increased flexibility to enjoy FOX’s broadcast of the Fall Classic on any device.”

“This is an exciting time for FOX Sports, Major League Baseball and the industry as a whole,” said Mark Evans, Senior Vice President, FOX Sports Sales. “YouTube TV provides a fresh, unique perspective that sparks new and creative ways for us and our partners to innovate.”

YouTube TV will continue to quickly expand to cover more cities across the country in the coming weeks and months. Visit tv.youtube.com and sign up to find out when it will launch in your market.

* The sweepstakes is expected to launch in early October. Complete details and official rules will be shared on YouTube’s and MLB’s social platforms.

Jerry Milani is a freelance writer and public relations executive living in Bloomfield, N.J. He has worked in P.R. for more than 30 years in college and conference sports media relations, two agencies and for the International Fight League, a team-based mixed martial arts league, and now is the PR manager for FAN EXPO, which runs pop culture and celebrity conventions across North America. Milani is also the play-by-play announcer for Caldwell University football and basketball broadcasts. He is a proud graduate of Fordham University and when not attending a Yankees, Rams or Cougars game can be reached at Jerry (at) JerryMilani (dot) com.
@gbpackjerry
Previous Topps Reaches 1,000,000 NOW Cards Sold
Next FITE TV launches a new ROKU channel