Jerry Milani December 11, 2017 News, On The Air Comments Off on ESPN To Present Philadelphia All Access Friday 1,596 Views 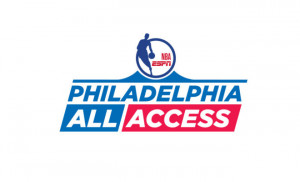 “Philadelphia All Access is an opportunity to document what a day in the life of the Philadelphia 76ers is like from start to finish,” said Mark Gross, ESPN senior vice president, production. “Through unprecedented access, exclusive behind-the-scenes content, one-on-one interviews with Sixers players, coaches and executives, and more, we’re confident that this will be a special day for basketball fans, leading into the Sixers-Thunder matchup Friday night.”

Jerry Milani is a freelance writer and public relations executive living in Bloomfield, N.J. He has worked in P.R. for more than 30 years in college and conference sports media relations, two agencies and for the International Fight League, a team-based mixed martial arts league, and now is the PR manager for FAN EXPO, which runs pop culture and celebrity conventions across North America. Milani is also the play-by-play announcer for Caldwell University football and basketball broadcasts. He is a proud graduate of Fordham University and when not attending a Yankees, Rams or Cougars game can be reached at Jerry (at) JerryMilani (dot) com.
@gbpackjerry
Previous NFL, Verizon Partner For Mobile Access To NFL Games
Next Stern Pinball Announces New Pro Circuit