Jerry Milani February 15, 2018 News, On The Air Comments Off on musical.ly and NBC Olympics Partner to Showcase Special Moments From PyeongChang 1,640 Views 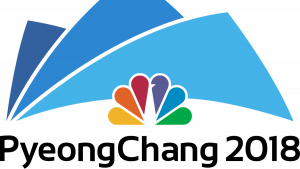 musical.ly, one of the world’s most popular mobile platforms for entertaining short videos, has partnered with NBC Olympics to provide a variety of ways for fans to experience the XXIII Winter Olympics. Through content created by influencers and NBC Olympics, the partnership makes it possible for fans from afar to experience behind-the-scenes moments, take a walk into sporting and celebratory events, and enhance their connection to the sights and sounds of PyeongChang. musical.ly users are also able to engage with that original content by creating Olympics-inspired video responses of their own.

“We’re excited to partner with musical.ly and give our viewers a creative outlet to connect with the Olympic Games,” said Lyndsay Signor, Senior Director, Consumer Engagement, NBC Sports Group. Together, musical.ly and NBC Olympics are currently offering users a variety of ways to experience the excitement of the Games:

“The amazing thing about digital media is that it allows you to give the viewer an experience from a different perspective,” says Ross Smith. “People love an experience that feels real and relatable. They want to see behind the scenes, the mistakes, the realities. People tend to feel more comfortable when an influencer like myself is telling the story vs. a large production company. It’s great that we’re able to use digital media to bring that real-life feel to a global event like this.”

Through the first weekend, broadcasts by @niasioux, @rosssmith, and @NBCOlympics generated over 10Mengagements among musical.ly fans. Backstage footage from the Opening Ceremony and highlights from the speed-skating competition were among the most popular early broadcasts.

“I am so honored to participate in this major global event as a contributing correspondent,” says Nia Sioux. “I hope that fans who are unable to experience the Games first-hand can use my vlogs to enjoy this remarkable showcase of talent and culture. I am so thankful that NBC and musical.ly value the way people prefer to access media and news around the world. By embracing and providing a platform, it makes the world smaller.”

“This partnership has been an exciting way to leverage musical.ly’s interactive platform to amplify NBC’s distribution of and engagement around an iconic global event,” said Michael Modon, Head of Content Partnerships, North America, musical.ly. “The response we’ve seen in these first few days signals the power of combining premium content from a trusted media company, innovative content from top digital talent, and crowd-sourced content from engaged users.”

Jerry Milani is a freelance writer and public relations executive living in Bloomfield, N.J. He has worked in P.R. for more than 30 years in college and conference sports media relations, two agencies and for the International Fight League, a team-based mixed martial arts league, and now is the PR manager for FAN EXPO, which runs pop culture and celebrity conventions across North America. Milani is also the play-by-play announcer for Caldwell University football and basketball broadcasts. He is a proud graduate of Fordham University and when not attending a Yankees, Rams or Cougars game can be reached at Jerry (at) JerryMilani (dot) com.
@gbpackjerry
Previous Ira Rainess Named President of Alliance MMA
Next Ski Filmmaker Warren Miller Documentary Nearing Completion