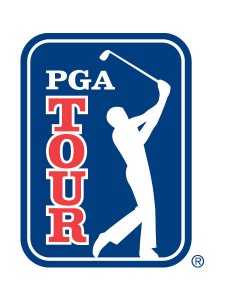 The PGA TOUR and SiriusXM announced today that they have reached a four-year extension to their broadcasting agreement, which will continue extensive tournament coverage on SiriusXM PGA TOUR Radio for subscribers nationwide through 2021.

SiriusXM PGA TOUR Radio listeners enjoy live coverage of every round of most PGA TOUR events throughout the season – including THE PLAYERS Championship, the four events of the FedExCup Playoffs and the biennial Presidents Cup – with hole-by-hole commentary and expert analysis, on the only audio channel dedicated to professional golf.

“We are very pleased to continue our relationship with SiriusXM, whose growing subscriber base is an important and effective way for the TOUR to reach fans across the country,” said Rick Anderson, the PGA TOUR’s Chief Media Officer.  “The PGA TOUR represents the pinnacle of competitive golf and we are thrilled to work with SiriusXM to continue delivering the best golf in the world to fans everywhere, whether they are in their cars, at home or on the go.”

“PGA TOUR coverage is a very important part of our sports programming lineup, and we are very pleased to extend our long-term relationship with the TOUR to continue to give our listeners an extensive schedule of in-depth tournament broadcasts,” said Scott Greenstein, SiriusXM’s President and Chief Content Officer.  “No other audio or streaming broadcaster can match SiriusXM’s level of golf programming, and whether it is via our radios or our app, we continue to deliver it to fans anywhere across the country.”

In addition to all of the PGA TOUR events mentioned above, SiriusXM also offers, through separate agreements, live coverage of the Masters Tournament, U.S. Open, The Open Championship, PGA Championship and Ryder Cup.

Jerry Milani is a freelance writer and public relations executive living in Bloomfield, N.J. He has worked in P.R. for more than 30 years in college and conference sports media relations, two agencies and for the International Fight League, a team-based mixed martial arts league, and now is the PR manager for FAN EXPO, which runs pop culture and celebrity conventions across North America. Milani is also the play-by-play announcer for Caldwell University football and basketball broadcasts. He is a proud graduate of Fordham University and when not attending a Yankees, Rams or Cougars game can be reached at Jerry (at) JerryMilani (dot) com.
@gbpackjerry
Previous MLB, Facebook partner for weekly broadcasts
Next SiriusXM To Broadcast Every NCAA Men’s Tournament Game