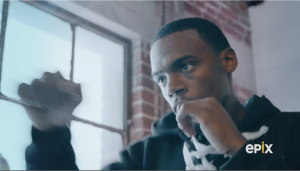 Premium cable network EPIX®, an MGM company and their popular boxing series The Contender join forces with World Boxing Association (WBA) ahead of the final live bout on Friday, November 9th from the Forum in Los Angeles. For the first time since in it’s inception, WBA will designate the winner of the current season to be automatically ranked in the top ten, creating a shortened path for the winner to participate in a title shot to win the WBA belt. The partnership aims to create more opportunities for young boxers around the world.

“EPIX has been honored to showcase the passion, sacrifice and hard work of the boxing talent featured in this season of The Contender,” said Michael Wright, President, EPIX. “We couldn’t be more thrilled to be working with the WBA to give more deserved recognition to these incredible athletes.” 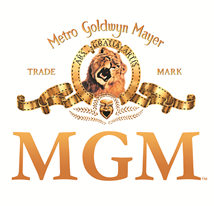 “Through the enduring success of the show, The Contender has produced several boxing champions and we thank the WBA for acknowledging the quality of these fighters and providing further opportunities that will enhance their professional boxing careers,” said Eric Van Wagenen, Executive Producer of The Contender.

“We are thrilled to work with EPIX and The Contender, a great tournament with strong talent, to create a path to success for the show’s champion by automatically ensuring their top 10 ranking, and ensuring strong competition for boxers globally,” said Gilberto Mendoza, President of World Boxing Association.

The WBA is an international boxing organization that sanctions official matches and awards the WBA world championship title at the professional level. Founded in the United States in 1921 by thirteen state representatives as the National Boxing Association, in 1962, it changed its name in recognition of boxing’s growing popularity worldwide and began to gain other nations as members. Gilberto Mendoza from Venezuela was the President of the WBA since 1982 until his death in 2015, after which Gilberto Jesús Mendoza took over as president. In January 2007, it returned its headquarters offices to Panama after being located during the 1990s and early 2000s in Venezuela.

Jerry Milani is a freelance writer and public relations executive living in Bloomfield, N.J. He has worked in P.R. for more than 30 years in college and conference sports media relations, two agencies and for the International Fight League, a team-based mixed martial arts league, and now is the PR manager for FAN EXPO, which runs pop culture and celebrity conventions across North America. Milani is also the play-by-play announcer for Caldwell University football and basketball broadcasts. He is a proud graduate of Fordham University and when not attending a Yankees, Rams or Cougars game can be reached at Jerry (at) JerryMilani (dot) com.
@gbpackjerry
Previous mycujoo Announced As Official Live Streaming Partner Of The WPSL
Next ESPN3 to Live Broadcast 2018 Margaritaville USA Pickleball National Championships