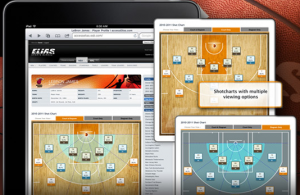 Seymour Siwoff, the 98-year-old majority owner and president of Elias Sports Bureau, Inc. (“Elias”) who led the company for more than six decades, today announced the sale of 100 percent of the issued and outstanding shares of Elias to The Joseph Gilston Trust (“Trust”), headed by Mr. Siwoff’s grandson, Joe Gilston, a former employee of the company.

Elias, the leading authority on sports statistics and historical sports data, will be led by Mr. Gilston, who will serve as president.

“It is especially gratifying for me to have the opportunity to continue my visionary grandfather’s legacy in the years ahead,” said Mr. Gilston, 32. “Elias is an extraordinary company, known worldwide for our leadership position in providing current and historical sports data. The landscape of sports, and therefore sports statistics, is ever-evolving, particularly with how the public now consumes sports. We are excited by this transition, and well-positioned to continue the essential role we play in tracking the evolution of sports.”

“I am quite certain that the company will continue to prosper under Joe’s leadership,” said Mr. Siwoff. “Joe appreciates all that we have accomplished over the years, and he has the smarts, passion, creativity and talents to lead Elias and our terrific employees to new heights in a new technological age.”

Elias was founded in 1913 by Al and Walter Elias. After serving for years as the company’s accountant, Mr. Siwoff purchased the company in 1952 from the widows of the Elias brothers. During his tenure at Elias, Mr. Siwoff grew the firm to become the world’s most famous sports statistics company.

Jerry Milani is a freelance writer and public relations executive living in Bloomfield, N.J. He has worked in P.R. for more than 30 years in college and conference sports media relations, two agencies and for the International Fight League, a team-based mixed martial arts league, and now is the PR manager for FAN EXPO, which runs pop culture and celebrity conventions across North America. Milani is also the play-by-play announcer for Caldwell University football and basketball broadcasts. He is a proud graduate of Fordham University and when not attending a Yankees, Rams or Cougars game can be reached at Jerry (at) JerryMilani (dot) com.
@gbpackjerry
Previous Opendorse Named AAF ‘Official Publishing Partner’
Next Ichiro Retirement Topps NOW Cards Available Through Friday