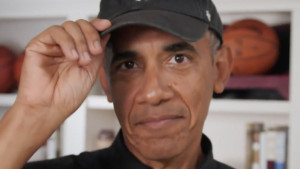 Presidents Barack Obama, George W. Bush, Bill Clinton and Jimmy Carter, in collaboration with civil rights hero Rachel Robinson and baseball legend Hank Aaron, are joined by scores of baseball players and other professional athletes, sports executives, entertainers, journalists and others for an unprecedented tribute to the 100-year anniversary of the founding of baseball’s Negro Leagues.

The Tip Your Cap campaign, which is being directed by Negro Leagues Baseball Museum President Bob Kendrick, is intended to bring long overdue recognition and respect to the enormously talented and courageous men and women who played in the Negro Leagues from 1920 through 1960. The campaign was conceived when long-planned centennial events in major league stadiums across the country were cancelled due to COVID-19, and the response has been extraordinary.

The campaign is making a simple request. The Negro Leagues Baseball Museum is asking Americans — anytime between now and July 23rd — to submit a brief video or photo of themselves tipping their caps in honor of these sports and civil rights heroes to photos@tippingyourcap.com and to post them on their social platforms with the hashtag #tipyourcap2020. 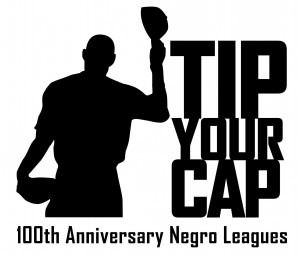 “Today,” President Obama said. “I’m tipping my hat to everybody in the Negro Leagues who left a century-long legacy of talent and spirit and dignity in our country. So, here’s to Satchel Paige, Josh Gibson, Cool Papa Bell and everybody else, including three brave women who did us all proud.”

“When I was a kid,” President Bush said, “my favorite baseball player was Willie Mays. It turns out Willie Mays played in the Negro Leagues for a brief period of time. I can just imagine what baseball would have been like had the predecessors to Willie Mays been able to play Major League Baseball.”

“I love Satchel Paige, Byron Johnson, Jackie Robinson, Willie Mays, Hank Aaron, and Ernie Banks,” said President Clinton, who tipped a Chicago Cubs cap in honor of baseball great Ernie Banks, who began his career in the Negro Leagues. “This cap is for Hillary, too, when finally, the Cubs won the championship. Long before that, the Negro Leagues made baseball better and America better.”

“I’ve been a baseball fan all of my life,” President Carter wrote, “and the Negro Leagues are an important part of the sport’s history. I am thankful that the era of segregated leagues is long over, and I tip my cap to the pioneers who showed the world that black players belong in America’s game.”

Among the many others who have already tipped their caps are Derek Jeter, Reggie Jackson, Michael Jordan, Magic Johnson, Billie Jean King, Tony Bennett and Bob Costas. The videos and photos will be highlighted on Twitter and Instagram accounts @tipyourcap2020.  They will also be celebrated on a tribute website (tippingyourcap.com), which will become part of the Negro Leagues Baseball Museum’s commitment to keeping the spirit and contribution of the Negro Leagues alive.

Jerry Milani is a freelance writer and public relations executive living in Bloomfield, N.J. He has worked in P.R. for more than 30 years in college and conference sports media relations, two agencies and for the International Fight League, a team-based mixed martial arts league, and now is the PR manager for FAN EXPO, which runs pop culture and celebrity conventions across North America. Milani is also the play-by-play announcer for Caldwell University football and basketball broadcasts. He is a proud graduate of Fordham University and when not attending a Yankees, Rams or Cougars game can be reached at Jerry (at) JerryMilani (dot) com.
@gbpackjerry
Previous Kids And Camp And The Cloud? There’s An App For That.
Next Strat-O-Matic Baseball Simulation: Trout, Freeman, Morton, Scherzer Earn June Awards