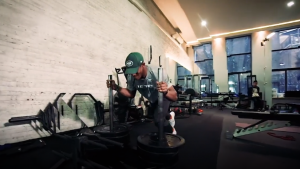 Content published by WAVE Sports Media was seen more than one billion times in March, a new milestone for the 18-month old company that is fast-becoming the publisher to follow for young sports fans. WAVE reaches over 150M gen-z and millennial sports fans each month across Instagram, Facebook, Snapchat, and Twitter. The number includes viewership derived from more than 120 sports channels across Instagram, Facebook, Twitter and Snapchat.

Additionally, WAVE again moved up in the Shareablee US Media Power Rankings, climbing from #20 in February to #17 in March.

WAVE has also maintained momentum on Shareablee Sports Media Power Rankings index at #4, which it reached in February after moving up from #6 in January.

“We couldn’t be happier with this month’s Shareablee media indexes, as they are showing how effective our programming is,” said Brian Verne, CEO and cofounder at WAVE. “When we started the company, we had a strong sense that there was a far better way to reach sports fans, and these stats and indexes continue to prove our methodology right.”

WAVE’s audience consists predominantly of 13-34 year old males living in the US, sports fans who are seeking new ways to engage with the teams, athletes and sports cultures they love.

In just 18-months, WAVE has outpaced legacy and digital media companies, including Overtime, Netflix, Discovery, Viacom, FirstMedia, The New York Times and many others (Shareablee). Overall, the company’s presence across social platforms, including Instagram, Snapchat, Facebook, and Twitter have continued to grow. Total video views are up to 1.17B monthly, representing a 68% increase from January. Total following across social has surpassed 30M, and is growing at nearly 5% month over month.

“What’s made us so successful is our ability to create programming that Gen Z and Millennial sports fans love,” said Ishaan Sutaria, President and cofounder at WAVE. “This all stems from our love of sports, our understanding of sports media and the simple fact that consumer tastes are constantly changing – cracking that code has been challenging, but incredibly rewarding.”

Jerry Milani is a freelance writer and public relations executive living in Bloomfield, N.J. He has worked in P.R. for more than 30 years in college and conference sports media relations, two agencies and for the International Fight League, a team-based mixed martial arts league, and now is the PR manager for FAN EXPO, which runs pop culture and celebrity conventions across North America. Milani is also the play-by-play announcer for Caldwell University football and basketball broadcasts. He is a proud graduate of Fordham University and when not attending a Yankees, Rams or Cougars game can be reached at Jerry (at) JerryMilani (dot) com.
@gbpackjerry
Previous Study: McIlroy Most Engaging Golfer
Next Olympians Burroughs, Askren To Battle In NYC On FloSports