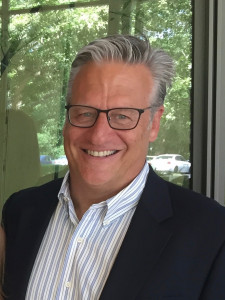 Sports Illustrated announced today that award-winning journalist Pat Forde is joining its staff as a senior writer. Widely recognized as one of sports media’s most important voices on college sports, Forde has also distinguished himself with his Pulitzer Prize-nominated investigative work and his coverage of the Olympics and horse racing. Forde will contribute stories from across the sports landscape on all of SI’s digital, print, video and audio platforms. His hiring was announced by Stephen Cannella and Ryan Hunt, co-editors in chief of Sports Illustrated.

In a career spanning more than three decades with the Louisville Courier-Journal, ESPN and Yahoo! Sports, Forde has emerged as one of the country’s most respected and prolific sports journalists. His work has been honored by the Associated Press Sports Editors and published in the Best American Sportswriting anthology, and over the past eight years he built a broad following as a national columnist and feature writer at Yahoo!. He is also an analyst for Big Ten Network. He will continue to write his signature columns, Forde-Yard Dash (college football) and Forde Minutes (college basketball), for Sports Illustrated.

“Pat is a perfect fit for the 21st century Sports Illustrated,” said Cannella. “He’s a master storyteller and journalist who’s as comfortable on camera and in the podcast studio as he is writing columns on deadline and crafting magazine-style features. We’re thrilled to have him on our side.”

Hunt added, “As we shape the present and future of Sports Illustrated, our goal is to have the pre-eminent journalists in each sport. We want the best of the best. And no one embodies our new direction and vision as much as Pat. When you think about college sports, you think about voices like Pat Forde.”

Prior to Yahoo!, Forde spent seven years at ESPN contributing across television, print and digital. He spent the first 17 years of his career at the Louisville Courier-Journal, where his investigative work detailing academic scandals in the football and basketball programs at the University of Louisville earned him a Pulitzer Prize nomination in 1990. Over his career he has also won 18 national awards from the Associated Press Sports Editors.

“From the time I first became an SI subscriber at age 13, this was always the dream destination for me. As a full-grown adult, the reality is even more exciting,” Forde said. “The opportunity to work with an elite collection of writers—Michael Rosenberg, Greg Bishop, Robert Klemko, Jenny Vrentas, Albert Breer, Jon Wertheim, Grant Wahl, Tom Verducci, Stephanie Apstein, Chris Mannix, Ross Dellenger and many others—is thrilling and energizing.”

“Telling sports stories of all genres, across all platforms, is what SI does best, and I can’t wait to be part of the team,” he added.

Forde graduated from the University of Missouri School of Journalism in 1987 and lives in Louisville. He will begin with Sports Illustrated on November 1.

Jerry Milani is a freelance writer and public relations executive living in Bloomfield, N.J. He has worked in P.R. for more than 30 years in college and conference sports media relations, two agencies and for the International Fight League, a team-based mixed martial arts league, and now is the PR manager for FAN EXPO, which runs pop culture and celebrity conventions across North America. Milani is also the play-by-play announcer for Caldwell University football and basketball broadcasts. He is a proud graduate of Fordham University and when not attending a Yankees, Rams or Cougars game can be reached at Jerry (at) JerryMilani (dot) com.
@gbpackjerry
Previous National Lacrosse League and Under Armour/Team 22 Renew Partnership
Next Upper Deck Adds Anthony Davis