Jerry Milani July 1, 2020 News, On The Air Comments Off on Dew Tour’s ‘Beyond The Bib’ Documentary Series Wins A Gold Telly Award 651 Views 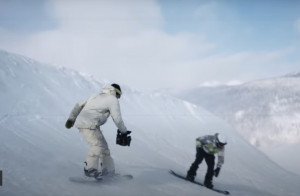 Beyond the Bib Presented by Toyota followed Team Toyota athletes snowboarders Chloe Kim, Red Gerard and adaptive snowboarder Amy Purdy this past season. Each athlete had two original episodes this season, which were exclusively featured on DewTour.com and its social network. This year was the fourth season of Beyond the Bib. Since its inception, the series has been directed by Jeremy Pettit of Northside Productions in Los Angeles. See the winning campaign series at DewTour.com.

Dew Tour is an innovative contest series and content platform that brings together the world’s best skateboarders, snowboarders, skiers, artists, brands and fans in a celebration of creativity and style. In 2016, the Adventure Sports Network (ASN) became the official strategic partner to lead content production, execution and event staging for the Dew Tour. Working in close collaboration with ASN’s core action sports media brands and in partnership with MTN DEW®, Dew Tour continues to progress events and content, bringing millions of action sports fans engaging stories and experiences across digital and broadcast mediums. In addition to DewTour.com and ASN’s digital network, Dew Tour’s summer and winter events are telecast on NBC.

Founded in 1979, the Telly Awards annually showcases the best work created within television and across video, for all screens. Receiving over 12,000 entries from all 50 states and five continents, Telly Award winners represent work from some of the most respected advertising agencies, television stations, production companies and publishers from around the world. The Telly Awards recognizes work that has been created on the behalf of a client, for a specific brand and/or company or self-directed as a creative endeavor.

Tags beyond the bib snowboarding

Jerry Milani is a freelance writer and public relations executive living in Bloomfield, N.J. He has worked in P.R. for more than 30 years in college and conference sports media relations, two agencies and for the International Fight League, a team-based mixed martial arts league, and now is the PR manager for FAN EXPO, which runs pop culture and celebrity conventions across North America. Milani is also the play-by-play announcer for Caldwell University football and basketball broadcasts. He is a proud graduate of Fordham University and when not attending a Yankees, Rams or Cougars game can be reached at Jerry (at) JerryMilani (dot) com.
@gbpackjerry
Previous WTT Sets Broadcast Schedule For 2020 Season, July 12-Aug. 2
Next SiriusXM Fantasy Sports Radio Celebrates 10-Year Anniversary with 10-Part Awards Series 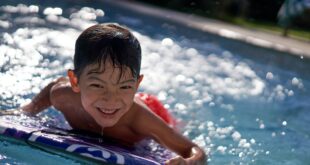 credit: Drew Gilliam USA Swimming, the national governing body for the sport of swimming in ...