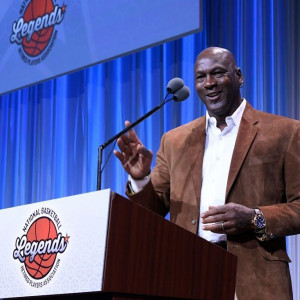 The National Basketball Retired Players Association (NBRPA) today announced the expansion and launch of Legends Media & Entertainment (LME), a multifaceted storytelling platform that will produce, distribute and quantify the wide reaching stories of many of the NBA and WNBA’s biggest stars. The content will span the history of both leagues and feature more recent alums of the game ranging from Sheryl Swoopes and Grant Hill to the sport’s greatest legends and business successes on and off the court, delivered through all forms of media, from print and spoken word to long and short form video.

The NBRPA represents over 1,000 former NBA and WNBA players, making it the largest agency of its kind in basketball. This has allowed for direct access to players for opportunities domestically and internationally.

“With the creation of LME, we are building a multimedia platform for some of the most compelling men and women connected to basketball’s history and culture under one umbrella, something which has been asked for, and needed for some time,” said NBRPA President and CEO Scott Rochelle. “LME will be a vibrant stop for fans, businesses and others who want to enjoy, learn and explore the amazing stories of our Legends both on and off the court. These stories are some of the best in the global business of sport, and now we can house them under one impactful roof.”

Some of the key unified elements of LME will include:

Legends Studios also debuted in 2018 with the launch of original live-action and animated short videos and two podcasts, the All-Access Legends Podcast and On Deck with Scott Rochelle. In April 2020, Legends Live, a weekly web series broadcasted to multiple social media platforms featuring live conversations with NBA and WNBA Legends, was added to the Legends Studios portfolio. In addition to 32 standard episodes, Legends Live also covered the 2020 WNBA Draft and ESPN’s The Last Dance with live commentary from Legends. Last week, media personality Tyler Johnson, aka Trill Withers joined the LME team as host of Legends Live, where he will spend time with many of the game’s most successful and dynamic personalities and business people. Johnson will also be a key contributor to Legends Magazine, the All-Access Legends Podcast and the NBRPA’s social media strategy and content.

Jerry Milani is a freelance writer and public relations executive living in Bloomfield, N.J. He has worked in P.R. for more than 30 years in college and conference sports media relations, two agencies and for the International Fight League, a team-based mixed martial arts league, and now is the PR manager for FAN EXPO, which runs pop culture and celebrity conventions across North America. Milani is also the play-by-play announcer for Caldwell University football and basketball broadcasts. He is a proud graduate of Fordham University and when not attending a Yankees, Rams or Cougars game can be reached at Jerry (at) JerryMilani (dot) com.
@gbpackjerry
Previous Outdoor Afro Hosts Sixth Annual ‘Glamp In’ Broadcast on September 12
Next Mets’ Alonso Curates Topps Special Collecible Set Of 50 Cards