Nickelodeon and NASCAR Find Another Tie 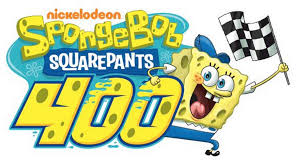 This past summer Nickelodeon continued to strengthen its ties to sport, especially NASCAR, when it signed on as the title sponsor to the race at Kansas Motorspeedway.  SpongeBob was everywhere, and the partnership flourished, as race fans don’t appear to ever be far from Bikini Bottom.

This past week the tie between the channel and took another step, when Karsyn Elledge, the 14 year old granddaughter of seven-time Sprint Cup champion Dale Earnhardt Sr. and niece of Sprint Cup driver Dale Earnhardt Jr.,  was announced as the new host of NASCAR Hammer Down, a television series produced by NASCAR Productions and broadcast on  Nicktoons. The show is scheduled to premier Sept. 30.

The magazine-style format will have Elledge, who is also an aspiring driver,  take viewers to the speedway and back with fun interviews, pranks, celebrity guests, race follies and fun facts.  Additionally, each episode will feature humorous interstitials with a STEM (Science, Technology, Engineering, Math) curriculum.

“I was kind nervous about doing the show,” Elledge told USA TODAY Sports Tuesday. “But I felt comfortable in front of the camera. And I had a pretty good foundation for the show from taking acting and improvisational classes and being in student theater.”

She has already interviewed Earnhardt Jr., Joey Logano and Chase Elliott for the show, which will help extend the NASCAR brand to a coveted younger audience as well as bringing some of NASCAR’s brand power to Nickelodeon.

It is the latest, but certainly not the last, foray into non-game coverage for Nickelodeon, which continues to develop themed shows for a younger audience interested in sports. The second Nick Kids Choice Sports Awards was held in July, and more programming with partners like the NFL is on the deck for the fall.

“It makes great sense for the leagues to engage young, and Nick is an amazing platform,” said Chris Lencheski, a longtime sports marketer now teaching at Columbia University in the school’s graduate sports management program. “It also benefits Nickelodeon to have star athletes and teams buzzing around their content as well. That spillover recognition is really a great move, and one which will continue to grow going forward I believe.”

The extension of athlete personalities to channels like Nick  is certainly not new, but in a day when content, unique content on as many platforms as possible, is more important than ever being able to engage with a young audience is crucial and can help build that fan for life which every sport desires. Hook em early they say, and starting with Nick and NASCAR makes great sense for all.

Jerry Milani is a freelance writer and public relations executive living in Bloomfield, N.J. He has worked in P.R. for more than 30 years in college and conference sports media relations, two agencies and for the International Fight League, a team-based mixed martial arts league, and now is the PR manager for FAN EXPO, which runs pop culture and celebrity conventions across North America. Milani is also the play-by-play announcer for Caldwell University football and basketball broadcasts. He is a proud graduate of Fordham University and when not attending a Yankees, Rams or Cougars game can be reached at Jerry (at) JerryMilani (dot) com.
@gbpackjerry
Previous Hall Of Fame Broadcaster Vin Scully To Return For 67th Season
Next EPIX Takes Another Step In Sports