Home / News / Super Bowl Ratings: Up or Down?

Super Bowl Ratings: Up or Down? 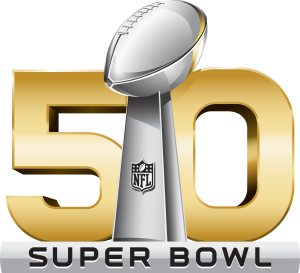 Were the ratings for Super Bowl 50 up or down? Depends on who you ask…

CBS Sports’ Coverage Of Super Bowl 50 Is Most-Watched Program In Television History As 167.0 Million Viewers Watch All Or Part Of Game

The CBS Television Network’s coverage of Super Bowl 50 featuring the DENVER BRONCOS’ 24-10 win over the CAROLINA PANTHERS on Sunday, Feb. 7 (6:39-10:22 PM, ET) was watched in all-or-part* by a record 167.0 million (Persons 2+) viewers, making it the most-watched single broadcast in television history on an all-or-part basis according to Nielsen’s Fast Total Audience Estimates.

The 167.0 million viewers is a television-only number and does not include online and mobile streaming.

*(Watched at least six minutes of the telecast)

Hollywood Reporter and some others say:

The game is outpaced by the 2015 audience, which averaged 114.4 million viewers.

At this point, not setting a ratings record is essentially a disappointment for the Super Bowl. So Sunday’s Denver Broncos-Carolina Panthers showdown, which aired on CBS, played out under a shroud of lofty expectations — and it will have to settle for No. 3 status.

Jerry Milani is a freelance writer and public relations executive living in Bloomfield, N.J. He has worked in P.R. for more than 30 years in college and conference sports media relations, two agencies and for the International Fight League, a team-based mixed martial arts league, and now is the PR manager for FAN EXPO, which runs pop culture and celebrity conventions across North America. Milani is also the play-by-play announcer for Caldwell University football and basketball broadcasts. He is a proud graduate of Fordham University and when not attending a Yankees, Rams or Cougars game can be reached at Jerry (at) JerryMilani (dot) com.
@gbpackjerry
Previous AVP Pro Beach Volleyball Tour Announces 2016 Schedule
Next College Rugby Gets Another Kick