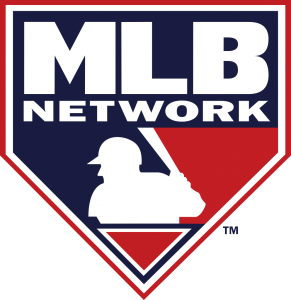 For the first time in the eight-year history of 30 Clubs in 30 Days, MLB Network will have multiple on-air personalities reporting from each MLB camp, beginning with the Cleveland Indians on Tuesday, March 1 at 7:00 p.m. ET as part of MLB Tonight. From March 1 through March 30, daily episodes of MLB Tonight presented by Sports Authority will feature extended coverage originating from the site of 30 Clubs in 30 Days, presented by Michelin. Hosts Greg Amsinger, Fran Charles, Brian Kenny, Matt Vasgersian and Heidi Watney will join analysts Sean Casey, Mark DeRosa, Al Leiter, Dan Plesac, Harold Reynolds and John Smoltz at each camp to provide analysis and predictions on the coming season, and conduct interviews and on-field demonstrations with players, managers and coaches from each club. MLB.com draft and prospects experts Jonathan Mayo and Jim Callis will join 30 Clubs in 30 Days throughout March to discuss each club’s farm systems. Viewers will also have a chance to participate in each edition of 30 Clubs in 30 Days by voting for each club’s greatest moment in the last 30 years on Facebook. The results will be revealed during MLB Tonight and the complete on-air schedule for 30 Clubs in 30 Days is available here.

From Tuesday, March 1 through Friday, March 4, Chris Rose and Kevin Millar will co-host daily editions of Intentional Talk from Salt River Fields at Talking Stick, the Spring Training home of the Arizona Diamondbacks and the Colorado Rockies. “The Best Interview in Baseball” and behind-the-scenes tours will be featured on Intentional Talk, which will air at 8:00 p.m. ET on March, 1, 2 and 4, and at 5:00 p.m. ET on March 3. MLB Network will keep fans updated through Facebook, Instagram and Twitter by posting photos, videos, quotes and information from its Spring Training coverage.

Top 100 Players Right Now, MLB Network’s annual ranking of the best players in the game, begins tonight at 9:00 p.m. ET with players ranked 100-81, followed by players seeded 80-61 at 10:00 p.m. ET. Greg Amsinger, Ron Darling and Bill Ripken count down the top players in MLB based on player performance over the past several seasons with an emphasis on 2015, and projected 2016 performance. Base-running, defensive value and award finishes are all taken into account when evaluating players, including ones returning from injury and young players expected to break out. Following the completion of each show, viewers can visit MLBNetwork.com for the latest ranking.

Content captured during 30 Clubs in 30 Days on MLB Tonight will be made available through video on demand with distributors nationwide, including Bright House Networks, Cablevision, Comcast, DISH, Time Warner Cable and Verizon FiOS, as well as at MLBNetwork.com. Each Spring Training game aired on MLB Network will be a carriage of local telecasts, including local announcers, and blacked out in each club’s home market unless otherwise noted.

Jerry Milani is a freelance writer and public relations executive living in Bloomfield, N.J. He has worked in P.R. for more than 30 years in college and conference sports media relations, two agencies and for the International Fight League, a team-based mixed martial arts league, and now is the PR manager for FAN EXPO, which runs pop culture and celebrity conventions across North America. Milani is also the play-by-play announcer for Caldwell University football and basketball broadcasts. He is a proud graduate of Fordham University and when not attending a Yankees, Rams or Cougars game can be reached at Jerry (at) JerryMilani (dot) com.
@gbpackjerry
Previous The Basketball Tournament presented by Jack Link’s® Protein Snacks Announces Record $2 Million Prize and Sites
Next Aaron Leads Off ‘Major League Legends’ Series On Smithsonian Channel