Jerry Milani April 13, 2016 News Comments Off on “TODAY” and NBC Olympics Serve as the Media Partners of the 13th Annual Race on April 17 in New York’s Central Park 1,809 Views 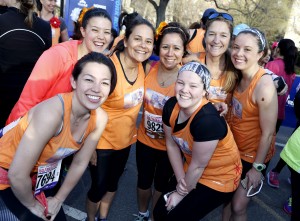 The race, held by Meredith’s SHAPE magazine in conjunction with the New York Road Runners (NYRR), will take place on Sunday, April 17, and draw 10,000 female runners and walkers of all ages, from around the world, to New York’s Central Park.

Morales and Hill are returning for the second year, after hosting the 2015 MORE/SHAPE Women’s Half-Marathon and completing the race in an impressive 1:38:59 and 2:06:52, respectively.

Jerry Milani is a freelance writer and public relations executive living in Bloomfield, N.J. He has worked in P.R. for more than 30 years in college and conference sports media relations, two agencies and for the International Fight League, a team-based mixed martial arts league, and now is the PR manager for FAN EXPO, which runs pop culture and celebrity conventions across North America. Milani is also the play-by-play announcer for Caldwell University football and basketball broadcasts. He is a proud graduate of Fordham University and when not attending a Yankees, Rams or Cougars game can be reached at Jerry (at) JerryMilani (dot) com.
@gbpackjerry
Previous Flat Track Derby Signs ESPN3 Deal for Two Broadcast Dates in 2016
Next Topps Authentics Signs Exclusive Autographed Memorabilia Deal With Colorado Rockies Rookie Sensation Trevor Story