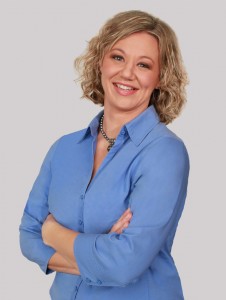 CBS Sports Radio host and Gracie Award winner Amy Lawrence will serve as the “Voice of the New York Empire” for the squad’s upcoming inaugural Mylan World TeamTennis season, July 31 through August 12 at historic Forest Hills Stadium at The West Side Tennis Club, the team announced today. The host of the popular overnight radio program “After Hours with Amy Lawrence,” heard on hundreds of stations nationwide, online and via mobile app, will help the crowd follow along with all the action as well as host interviews with coaches and players during the six home matches of the NY Empire presented by Citi.

A well-traveled veteran and pioneer of sports radio and television, Lawrence has been with CBS Radio since 2013 and recently won a Gracie Award for best host of a sports program. She previously spent nine years at ESPN Radio where she was the only regular female host. Local radio stops include Providence, R.I.; Lebanon, N.H.; Rochester, N.Y.; and Oklahoma City, Okla., where she was the first female in state history to pilot her own sports radio talk show.

Lawrence has handled basketball play-by-play and color duties for various radio and TV outlets over the past 15 years, and served as the voice of University of Hartford women’s hoops for six seasons (2008-14). She recently called her first two games on the Westwood One Radio Network, including an NCAA Tournament Regional Final. She has also emceed events at the International Tennis Hall of Fame in Newport, R.I., introducing and interviewing players.

“We are excited to have someone as creative and energetic as Amy Lawrence bring her voice to Empire matches this summer,” said Empire General Manager, Colleen Hopkins. “Her skill sets will be vital in highlighting the competitive, exciting atmosphere that is New York Empire Tennis, as well as bringing the fans as close as possible to the players and on-court strategy.”

Two former World No. 1 players are among the talent that will hit the courts this summer at The West Side Tennis Club. WTA Tour star Caroline Wozniacki will lead her Philadelphia Freedoms into town on August 1 and the Empire’s Andy Roddick will play for the first time in Forest Hills on August 9. The Empire’s full season roster also includes New Jersey resident Christina McHale who upset world No. 20 Karolina Pliskova last Monday at a WTA tournament in Madrid. Other Empire home dates are July 31, August 3, August 11 and August 12.

Tickets for all home matches are on sale online at www.nyempiretennis.com. VIP ticket packages are also on sale and include Courtside Tables, Front Row Baseline Boxes and Premium Baseline Individual Season Tickets. VIP packages include access to full food and beverage service, hospitality opportunities with our players and coach, and much more. For full pricing details, general information, or to place an order, email Brian Healey at brian@nyempiretennis.com or call (844) 5-EMPIRE (844-536-7473).

Jerry Milani is a freelance writer and public relations executive living in Bloomfield, N.J. He has worked in P.R. for more than 30 years in college and conference sports media relations, two agencies and for the International Fight League, a team-based mixed martial arts league, and now is the PR manager for FAN EXPO, which runs pop culture and celebrity conventions across North America. Milani is also the play-by-play announcer for Caldwell University football and basketball broadcasts. He is a proud graduate of Fordham University and when not attending a Yankees, Rams or Cougars game can be reached at Jerry (at) JerryMilani (dot) com.
@gbpackjerry
Previous Colon HR Earns Today’s ToppsNow Image
Next The Basketball Tournament presented by Jack Link’s® Protein Snacks Announces Partnership with GoFundMe