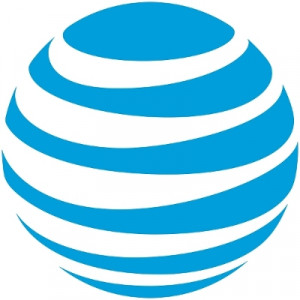 On the heels of a successful debut season, AT&T*AUDIENCE® Network gives the greenlight on a second season of “Religion of Sports.” The second season of the original documentary series will air later this year exclusively on DIRECTV, DIRECTV NOW and AT&T U-Verse.

Season 2 of the original documentary series takes viewers around the world. They’ll get an in-depth look at the places where sports, culture and spirituality collide. Some of the stops include:

Clash in New Zealand – The best rugby players in the British Isles meet one of the southern hemisphere’s most dominant teams, the All Blacks.
German Soccer Fandom – St. Pauli fans take their passion beyond the field and regularly protest sexism, fascism and homophobia.
Ultra Running – Distances ranging from the Sahara Desert to the Arctic Circle: This is the pinnacle of physical endurance.
Bloods vs. Crips – The rival L.A. gangs duke it out on the basketball court in a family-friendly 48-hour cease fire.
Hockey Town, USA – Centered around The University of North Dakota, Grand Forks is home to 50,000 people who eat, breathe and sleep ice hockey.

“Sports has always been a spiritual experience for me. Pushing myself and my teammates to perform at the highest level requires a discipline and intensity that is all about mastering the self,” said Brady. “That I’m able to share that experience in another medium – through stories of people for whom sports is a matter of faith – has been a great thrill. I couldn’t be more proud and excited that we’ll be producing another season of Religion of Sports.”

“Constance Schwartz and I are elated and grateful to Chris Long and the AUDIENCE Network to have Religion of Sports returning for a second season,” said Strahan. “Our goal was to have this unique show serve as the bridge that connects the passion of religion with the passion of sports. Gotham Chopra, Tom Brady and the incredible team intertwined/meshed both beautifully during our first season. We look forward to getting started on season two as this has been such an amazing experience.”

“We are proud and excited to announce today that Religion of Sports is returning to AUDIENCE for a second season,” said Christopher Long, head of The AUDIENCE Network. “This passionate and riveting series has resonated well with our viewers and we look forward to continuing our terrific relationship with Tom Brady, Michael Strahan and Gotham Chopra in the future.”

“I’ve been a true believer in the Religion of Sports for pretty much my whole life,” said Chopra. “That I found incredible partners in Michael, Tom, and Constance Schwartz, wildly talented collaborators in my creative team, and a network led by Chris Long to join my cult, has been the most fulfilling professional pursuit of my career. And now we get to do it all over again – I’m pumped and can’t wait to get going.”

Jerry Milani is a freelance writer and public relations executive living in Bloomfield, N.J. He has worked in P.R. for more than 30 years in college and conference sports media relations, two agencies and for the International Fight League, a team-based mixed martial arts league, and now is the PR manager for FAN EXPO, which runs pop culture and celebrity conventions across North America. Milani is also the play-by-play announcer for Caldwell University football and basketball broadcasts. He is a proud graduate of Fordham University and when not attending a Yankees, Rams or Cougars game can be reached at Jerry (at) JerryMilani (dot) com.
@gbpackjerry
Previous Baseball Season Begins with the Release of 2017 Topps® Baseball Series 1
Next FITE Celebrates One Year Anniversary With 24 Hour Free Premium Programming