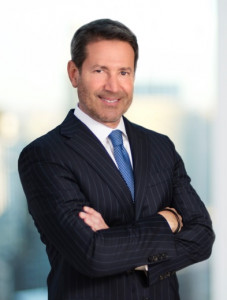 SportsCastr.Live, the pioneering live streaming video platform that redefines what it means to ‘call a game’ and enhance the fan experience, today announced the addition of Charles “Chuck” Baker to its team of advisors. Baker is one of the most respected and engaged dealmakers in sports, and currently serves as the Co-Chair of the Sports Industry Group at O’Melveny & Myers LLP.

“We are proud to add Chuck Baker, one of the smartest and most engaged dealmakers in the sports and entertainment industry, to our advisory team,” April said. “Chuck’s ability to help companies grow and be successful, as well as his unquestioned leadership skills, are essential to help us along this accelerated growth path we are on, and we look forward to learning from him as we grow in the coming months.”

“Every owner and member of a leadership team in sports is constantly looking for ways to improve and better engage the fans, and I believe that what Kevin and his team are doing is not just first rate, but is part of the future,” Baker said. “The group they have already assembled to lead this project is impressive, and I’m looking forward to helping in any way that I can.”

Baker’s corporate practice at O’Melveny encompasses mergers and acquisitions, private equity, and venture capital transactions, with a core focus in the sports, media and consumer sectors. Chuck has represented buyers and sellers of sports franchises in the National Football League, National Basketball Association, National Hockey League, Major League Baseball, Major League Soccer and many of the European football leagues. He was also recognized by Law360 in 2015 and 2016 for his stellar M&A and sports law work, and by the Global M&A Network for his work on the sale of the Atlanta Hawks NBA team, naming it the “2015 USA Deal of the Year” at its prestigious M&A Atlas Awards. In 2016, he was featured in Sports Business Journal’s “Power Players: Sports Lawyers & Outside Counsel” 2016 list.

The SportsCastr.Live streaming platform – currently in public beta – allows users to be color commentators and enables viewers to select which sportscaster they wish to have call, recap or make predictions on a game. The platform boasts adaptive bit-rate technology and ultra-fast delivery, differentiates itself from other live video platforms like Periscope or Facebook Live by offering sports broadcast features that used to only be available in a studio setting. This includes the ability for users to enhance their streams with real-time scoreboards, on-air motion graphics and augmented reality… making it look like they are live on TV, regardless of their location. Plus, all elements are clickable and interactive, allowing viewers to engage with the ‘broadcaster’ in ways never before possible. Sports fans are able to discover broadcasters from around the world and follow their favorite personalities.

SportsCastr.Live is available for free on the iTunes App Store. Users can also access the platform via the web at https://sportscastr.live/

Jerry Milani is a freelance writer and public relations executive living in Bloomfield, N.J. He has worked in P.R. for more than 30 years in college and conference sports media relations, two agencies and for the International Fight League, a team-based mixed martial arts league, and now is the PR manager for FAN EXPO, which runs pop culture and celebrity conventions across North America. Milani is also the play-by-play announcer for Caldwell University football and basketball broadcasts. He is a proud graduate of Fordham University and when not attending a Yankees, Rams or Cougars game can be reached at Jerry (at) JerryMilani (dot) com.
@gbpackjerry
Previous DRL Unveils International Partners, Close of $20M Financing Ahead of 2017 Season
Next 2017 Topps® Baseball Series 2 Releases with Autographs, Relic Cards and Ultra-Hot Rookie Cards