Jerry Milani July 11, 2017 Book Reviews, News Comments Off on Deals, Deals, Deals! New Book Looks At The Best… And Worst Of Them 1,786 Views 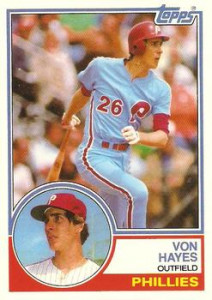 Baseball’s trading deadline is a few weeks away (and Amazon’s Prime Day is upon us!). Trade talk around the league has been ramping up, in what could culminate in a bonanza like July 2017 or — like many other years — a lot more speculation than actual swapping. Will teams be buyers? Sellers? Stand pat?

In his new book Baseball Meat Market: The Stories Behind the Best and Worst Trades in History, Shawn Krest looks at 20 or so of the best deals — not just from the perspective of whether one or the other team won or if it were a “fair” deal for both teams, but in a broader sense. Be it a franchise-changing deal like Mike Piazza to the Mets (and accompanying dismantling of the Marlins), unfortunate five-for-one that left player and team in regret like Von Hayes to the Phillies, aging veteran for a playoff stretch run for a future Hall of Famer like John Smoltz for Doyle Alexander, or one with even larger ramifications like the Curt Flood trade, Krest looks at the behind-the-scenes inner workings that made these deals work — or not work, depending on one’s viewpoint.

Of course, on its face, a famous one-side swap like Lou Brock for Ernie Broglio, Frank Robinson for Milt Pappas or even Jay Buhner for (gulp!) Ken Phelps are either the best or worst, if you’re the Cardinals/Orioles/Mariners or Cubs/Reds/Yankees in those examples. But Krest is less interested in who “won” the trade than what impact the deal made in the grander scheme of a player, team, or the league as a whole.

Krest analyzes each deal from that grand perspective, but also offers the opportunity to determine who “won” using the wins above replacement (WAR) stat accrued by each player pre-and post-trade. That allows the reader to get a sense of how successful players were on the field for their new respective teams, but the real meat of the book is in the quotes from the general managers, field managers, owners, players and other front office personnel involved.

There are deals from various eras discussed, with the 70s, 80s and 90s particularly well represented. The luxury of hindsight make analysis of those deals easier, but Krest’s big skill is putting the reader in the moment — Ivan DeJesus seemed like he’d be a good fit at the top of the Phillies order (and who is that Sandberg throw in anyway?); Joaquin Arias could have been a better prospect than Robinson Cano going to the Rangers in the Alex Rodriguez for Alfonso Soriano swap; and Bartolo Colon and Cliff Floyd could have saved baseball in Montreal in 2002. Given the situations at the time, a case can be made for both sides in most of the trades examined.

Will future editions of books like Baseball’s Meat Market look favorably at swaps like the Yankees pulled of last July, restocking a farm system for relievers who took their respective teams to the World Series, the kind of go-for-it-all deals that sometimes look better — or worse — with the passing of time? Whether a “win,” “loss” or the semi-rare “win-win,” every trade has a story, and Krest could probably fill a few more volumes with some very good ones.

Jerry Milani is a freelance writer and public relations executive living in Bloomfield, N.J. He has worked in P.R. for more than 30 years in college and conference sports media relations, two agencies and for the International Fight League, a team-based mixed martial arts league, and now is the PR manager for FAN EXPO, which runs pop culture and celebrity conventions across North America. Milani is also the play-by-play announcer for Caldwell University football and basketball broadcasts. He is a proud graduate of Fordham University and when not attending a Yankees, Rams or Cougars game can be reached at Jerry (at) JerryMilani (dot) com.
@gbpackjerry
Previous Nielsen and Tennis Channel Extend Agreement to Include National TV Ratings
Next Roberto Clemente Museum Launches National Campaign to Retire 21