Rugby Keeps Growing As China, Ireland Sevens Make First-Ever Trip To The US 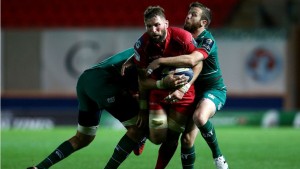 The interest and positive mojo for rugby kept going this week, as the International Olympic Committee announced that the game of rugby sevens will continue in the programme through at least the Paris Games in 2024, with US officials hopeful that the growth in the States will bolster support even more to stay on the docket for LA in 2028.

With participation up across the board, events doing well and the Rugby Sevens World Cup coming to San Francisco next summer (along with a league to launch right after that) the announcement of November’s Silicon Valley 7’s and some of its unique matchups could be hitting at the right time.

United World Sports, the owner and operator of the largest annual rugby events in the United States, unveiled their pool play Tuesday for the first-time event, which will take place at San Jose’s Avaya Stadium on Saturday, November 4th and Sunday, November 5.

Included in the field alongside the homestanding USA Eagles, Canada and traditional powers like New Zealand and Australia will be the Island nations of Tonga, Samoa and Olympic gold medalist Fiji (first time they will be together in the US since 2007) as well as two sevens newcomers, China and Ireland, who will be in the U.S. for the first time. In addition to 34 international men’s matches, the event will feature 20 collegiate matches, an international cultural festival, along with an Island concert series.

“The structure of the pool for this event will bring forth some of the great natural rivalries in the global Olympic sport of Rugby Sevens, and will be very exciting both for the nations involved and the thousands of fans who love the fast-growing game of Rugby Sevens here in the United States,” said Tournament Director Jon Hinkin in a release. “It will be a great first look at these athletes getting ready for the 2018 season, the 2018 Rugby World Cup and the Olympic Games.”

Pool A will have natural rivals England and Ireland along with Canada and Samoa.  Pool B will include Fiji going up against rival Australia, along with a unique and rare matchup between Japan and China. Pool C will have the USA matched up with New Zealand, along with Tonga taking on South American power, Chile.

Seems like a great trio for those looking for a fall scrum.

Jerry Milani is a freelance writer and public relations executive living in Bloomfield, N.J. He has worked in P.R. for more than 30 years in college and conference sports media relations, two agencies and for the International Fight League, a team-based mixed martial arts league, and now is the PR manager for FAN EXPO, which runs pop culture and celebrity conventions across North America. Milani is also the play-by-play announcer for Caldwell University football and basketball broadcasts. He is a proud graduate of Fordham University and when not attending a Yankees, Rams or Cougars game can be reached at Jerry (at) JerryMilani (dot) com.
@gbpackjerry
Previous PGA TOUR Bets On New Data Integrity Deal
Next Bob Wolff To Receive Vin Scully Lifetime Achievement Award In Sports Broadcasting From WFUV Radio