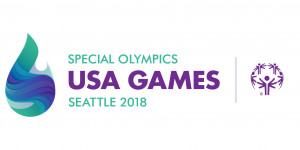 ESPN’s Kevin Negandhi will serve as host for both the Opening Ceremony and ESPN’s nightly studio shows throughout the Special Olympics USA Games. The rest of ESPN’s coverage team for the 2018 USA Games will be announced in the coming weeks.

“For nearly 50 years, Special Olympics has been a movement that has driven acceptance and inclusion of people with intellectual disabilities leading to meaningful change and opportunity,” said Russell Wolff, Executive Vice President, ESPN International. “For more than 32 of those years, ESPN has been proud to be a partner in that movement, and we are excited to capture the athletic achievement, joy and unity of the USA Games in Seattle and showcase them to millions of fans.”

Added Negandhi, “It is such an honor to be part of a movement that continues to change lives on a daily basis. The perseverance, passion, talent and excitement from the athletes is a testament to their hard work and the very definition of how we can all make a difference. We at ESPN, can’t wait to share these stories this summer as we celebrate 50 years of Eunice Kennedy Shriver’s dream that everyone has the chance to take part in sport.”

Live coverage of the Opening Ceremony will capture the pageantry of multiple performances as well as the Parade of Athletes and lighting of the Special Olympics cauldron, with a 2,018-member choir serving as a living backdrop. To kick off the Opening Ceremony, 47 law enforcement officers and six Special Olympics athletes will participate in the Law Enforcement Torch Run Final Leg, carrying the Flame of Hope throughout Washington and lighting the cauldron at Husky Stadium.  ESPN’s special coverage will also include interviews, features and reports from Seattle to preview the week ahead.

ESPN’s evening studio programs will see Negandhi hosting from various venues and iconic locations around Seattle, capturing not only the event itself, but the atmosphere and character of the host city. Each night, they will provide viewers with incredible stories, athlete profiles and features from around the 2018 USA Games, as well as recapping key results from each days’ competition.

ESPN’s coverage will also include a special vignette series that will be shown across ESPN’s media platforms, as well as extensive coverage in the build-up to, and throughout, the 2018 USA Games on ESPN’s global digital platforms – the world’s leading digital sports platform in the world, reaching more than 125 million users every month.

The 2018 Special Olympics USA Games is a premier, national sports competition that showcases the power and joy of sports at the highest levels. With more than 4,000 athletes and coaches, along with 10,000 volunteers, the 2018 USA Games– taking place in Seattle July 1 – 6, 2018 – will be the biggest sporting event hosted in Seattle in more than 25 years. In addition to athletes and volunteers, it is expected to draw an additional 10,000 family members and friends along with 70,000 spectators. The event will feature 14 Olympic-style sports, with competition taking place in venues throughout the Seattle region (including University of Washington, King County Aquatic Center, Seattle University and Celebration Park), with the unparalleled spirit, teamwork, joy, courage and skill that are hallmarks of all Special Olympics events.

Jerry Milani is a freelance writer and public relations executive living in Bloomfield, N.J. He has worked in P.R. for more than 30 years in college and conference sports media relations, two agencies and for the International Fight League, a team-based mixed martial arts league, and now is the PR manager for FAN EXPO, which runs pop culture and celebrity conventions across North America. Milani is also the play-by-play announcer for Caldwell University football and basketball broadcasts. He is a proud graduate of Fordham University and when not attending a Yankees, Rams or Cougars game can be reached at Jerry (at) JerryMilani (dot) com.
@gbpackjerry
Previous mycujoo Announces Partnership with US Adult Soccer Association
Next NBA, YouTube TV Partner On NBA Finals