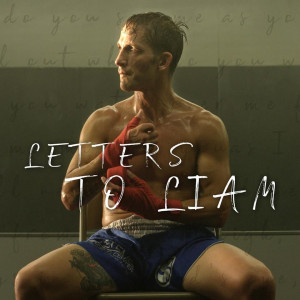 Los Angeles based Winters Rock Entertainment has secured the story rights to produce a feature length documentary film about professional MMA fighter and TV personality Marcus Kowal. The film will showcase Marcus and his wife Mishel’s fight to change the legal and social attitudes surrounding drinking and driving after the tragic death of their 15 month old son, Liam, to a drunk driver.

Coming to the United States from Sweden, Marcus was living the American dream. He owned three fight gyms in the Los Angeles area, was married, and had a fifteen month old son, Liam Mikael Kowal. Everything changed on September 3rd, 2016. Liam was struck by a drunk driver and brought to Hawthorne Hospital, where he was placed in the ICU unit and kept on life support. On September 4th, the doctors declared Liam brain dead, and Marcus & Mishel were faced with the most difficult decision a parent could ever face. On September 5th they said goodbye to their baby boy and removed Liam from life support. They then made the heartbreaking and courageous decision to donate Liam’s organs.

Letters to Liam, which has an anticipated release date of fall 2018, follows Marcus & his wife Mishel as they navigate a complex legal and political system in their attempt to implement a proposed law to lower the legal driving BAC, start a non-profit organization, make multiple TV and public appearances, welcome their new son Nico, and manage their three gyms, all while trying to overcome the grief of losing a child. The film will also explore Marcus’ “fighter mentality” as he battles to create change in his son’s name; both in the political world and with his riveting retirement MMA fight.

Directed by the creative team of Miranda Winters and Rocky Romano, producers of multiple award-winning documentary films as well as over 130 episodes of unscripted television, the feature length film will depict a raw and intimate perspective of tragedy, hope, and perseverance.

“Marcus and Mishel have taken a tragedy and turned it into a movement towards real change in the state of California and the rest of the country. Their persistence and strength in the face of such an overwhelming opponent really makes this a David vs Goliath story.” – Rocky Romano, Co-Director

“They are up against well funded lobbyists and institutions that want to keep the DUI laws as they are, but those lobbyists have not met the Kowal’s yet.” – Miranda Winters, Co-Director

Letters to Liam is being produced in state of the art 4K UHD HDR format. All rights to the film are represented by Beverly Hills based distribution company Principal Media.

Jerry Milani is a freelance writer and public relations executive living in Bloomfield, N.J. He has worked in P.R. for more than 30 years in college and conference sports media relations, two agencies and for the International Fight League, a team-based mixed martial arts league, and now is the PR manager for FAN EXPO, which runs pop culture and celebrity conventions across North America. Milani is also the play-by-play announcer for Caldwell University football and basketball broadcasts. He is a proud graduate of Fordham University and when not attending a Yankees, Rams or Cougars game can be reached at Jerry (at) JerryMilani (dot) com.
@gbpackjerry
Previous MLB Collectible Coins Highlight 30 Teams’ Stars
Next Outdoor Weekly Debuts on CarbonTV