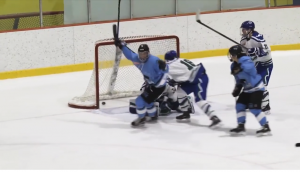 SheIS, the women’s sports nonprofit comprised of a historic Collective of distinguished leagues, athletes, and business leaders from across the sports world, is challenging the public to help their mission to grow awareness and support of women sports by launching their “SheIS Challenge.” For every public sign-up SheIS receives on their website between now and the end of the Women’s World Cup (July 7, 2019), SheIS will work with a series of brand partners and foundations to donate one dollar, up to $1 million, to support grassroots programs that support women and girls in sport.

SheIS Founder, Brenda Andress said, “2018 can be defined as the year when women’s voices were heard loud and clear; it’s our hope that in 2019 we can continue that positive momentum by shining a spotlight on a number of incredibly talented and deserving female athletes, teams and leagues. We want to encourage a growth in women’s sports at all levels and it starts with every person who signs up and takes our Challenge.”

The SheIS Collective continues to grow since its launch last spring, and now includes more than 40 Athlete Ambassadors, 11 professional sports leagues, and more than 20 distinguished leaders. 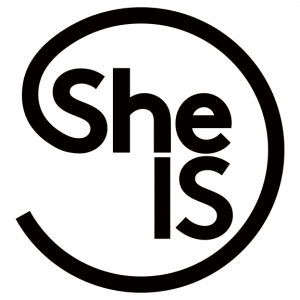 The new SheIS Challenge is anchored by a Hero Video featuring top women athletes including Alex Morgan, Ronda Rousey, Naomi Osaka, Serena Williams, Elena Delle Donne, and many more. The video, which is meant to inspire and ignite action, will be shared across all Collective members’ social and digital channels, shown during streamed broadcasts of games, as well as in stadium at games, and will live on the SheIS website.

The public can join the SheIS Challenge by signing up at SheISsport.com, posting to social media channels using #SheISChallenge when they attend or watch women’s sporting events, and inviting friends, family, and colleagues to do the same throughout 2019. SheIS will also work with its Collective member leagues to create promotional activity and experiential opportunities at in-season games beginning in January at major women’s sporting events such as the CWHL All-Star Game in Toronto (January 19-20, 2019), and the NWHL All-Star Game in Nashville, TN (February 8-9, 2019). The public can learn more and sign up to attend at www.SheISsport.com/events.

Jerry Milani is a freelance writer and public relations executive living in Bloomfield, N.J. He has worked in P.R. for more than 30 years in college and conference sports media relations, two agencies and for the International Fight League, a team-based mixed martial arts league, and now is the PR manager for FAN EXPO, which runs pop culture and celebrity conventions across North America. Milani is also the play-by-play announcer for Caldwell University football and basketball broadcasts. He is a proud graduate of Fordham University and when not attending a Yankees, Rams or Cougars game can be reached at Jerry (at) JerryMilani (dot) com.
@gbpackjerry
Previous FOX Sports, Twitter Expand FIFA Women’s World Cup France 2019 Collaboration
Next Saints, Eagles Named Most Exciting Teams By Thuuz