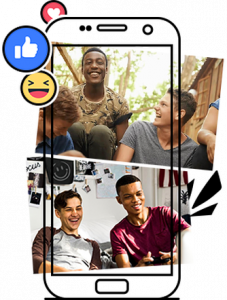 Whistle, the global sports and entertainment media brand that creates, curates and distributes content for young audiences, announced today that it acquired New Form, a highly acclaimed digital entertainment studio based in Los Angeles. The acquisition immediately strengthens the combined company’s content slate and positions it to bring a robust youth entertainment portfolio to existing and new partners. Along with Whistle’s recent Series D equity round and signing with Creative Artists Agency (CAA) for representation, this move accelerates Whistle’s efforts to scale its development and production capabilities and create a balanced collection of premium original scripted and unscripted content.

“It was a great match from the start. Both companies excel at discovering emerging narratives and storytelling,” said John West, Whistle’s CEO and founder. “With New Form’s content slate, we are excited to build a bigger portfolio to serve our ever-growing global audience and distribution partners.”

Whistle and New Form expect to realize meaningful synergies through combined owned and operated IP franchises which drive billions of watch-time minutes, shared content creation capabilities within sports and entertainment, and increased access to top talent through Whistle’s creator network and the companies’ respective CAA affiliation. New Form’s resources will be expanded with access to Whistle’s research & insights and brand partnerships teams and ability to leverage Whistle’s massive audience of over 518 million subscribers, followers and fans–who, last month alone, generated 2.1 billion views across its channels. Whistle looks to expand already successful short-form series franchises like “Whistle Worthy” and “No Days Off” and New Form’s “TXT Stories,” which are filmed entirely through groupchat, to long-form IP by capitalizing on New Form’s proven success with series such as “Mr. Student Body President” and “Final Space.”

“We are thrilled to be a part of this venture with our friends at Whistle and New Form,” said Bruce Campbell, chief development, distribution and legal officer for Discovery. “They are proven winners, and as a combined company, they will only continue to grow at an accelerated rate.”

Kathleen Grace, New Form’s CEO and JC Cangilla, COO, have built the company since it was founded in 2014. Grace and the creative team, who developed and produced 30+ original series in the past four years, will continue to lead the production and development slate and will take on new projects under the Whistle leadership. All productions currently in the works will proceed as planned. Grace will report to Michael Cohen, president of Whistle.

“New Form’s track record for producing quality content continues as we work with the best in the business, from TBS to Facebook Watch. We believe we will be stronger as we tap into Whistle’s experienced creators to develop premium series for all platforms and further accelerate the growth of our business,” said Grace.

Jerry Milani is a freelance writer and public relations executive living in Bloomfield, N.J. He has worked in P.R. for more than 30 years in college and conference sports media relations, two agencies and for the International Fight League, a team-based mixed martial arts league, and now is the PR manager for FAN EXPO, which runs pop culture and celebrity conventions across North America. Milani is also the play-by-play announcer for Caldwell University football and basketball broadcasts. He is a proud graduate of Fordham University and when not attending a Yankees, Rams or Cougars game can be reached at Jerry (at) JerryMilani (dot) com.
@gbpackjerry
Previous PGA TOUR and Aon Announce Hole Selections and Scoring System for $1 Million Aon Risk Reward Challenge
Next MLB, Nike, Fanatics Form New 10-Year Global Partnership