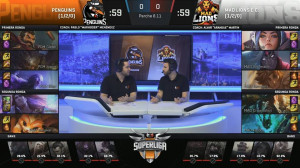 OverActive Media (OAM), the only global esports organization to own teams in the three biggest franchised leagues, has added the Madrid-based, MAD Lions Esports Club (MAD Lions E.C.) to its growing family of brands. The acquisition of the organization founded by Jorge Schnura and Marcos Eguillor represents yet another bold step in establishing OAM as the global leader in the esports industry.

“This acquisition is another exciting step forward in OAM’s international growth strategy, allowing us to broaden our global fanbase into Spain and across Latin America,” said Chris Overholt, President and CEO of OAM. “It also adds to our industry-leading asset mix, creating even more opportunities for our current and prospective marketing partners and investors.”

MAD Lions E.C. will incorporate the OAM-owned Splyce Vipers into its structure, merging both teams into one brand. Both pre-existing player rosters will come together, creating an unparalleled ‘path-to-pro’ system for Splyce’s League of Legends European Championship (LEC) team, which plays out of Berlin in the preeminent League of Legends esports league in Europe.

“The investment and commitment from OverActive Media will enable the growth of the MAD Lions E.C. brand to unprecedented levels. Our aim is to become the number one Spanish-speaking esports entertainment brand worldwide,” said Guillermo “Willyrex” Díaz, MAD Lions E.C co-owner. 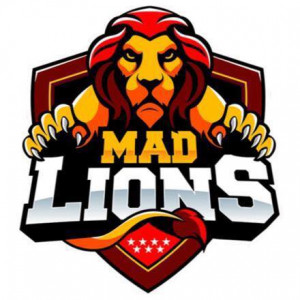 “OverActive Media has a team of great professionals with tremendous esports, business and traditional sports experience and we are excited to work with them as we set out on achieving new milestones together,” added Samuel “Vegetta777” de Luque, MAD Lions E.C. co-owner.

The acquisition also means that OAM adds several new esports teams, and more than 80 million social media followers to its family of brands, which now includes: CS:GO, FIFA, Fortnite, Brawl Stars, and Clash Royale. In addition to Spain, these new teams operate and compete in Mexico and Colombia — the second and third largest Latin American countries by population.

“For us, this represents an incredible global opportunity and we are so proud to be welcoming the MAD Lions players, coaches, influencers and fans into our organization. Together, we are entering the Spanish and Latin American esports markets, two important geographic and cultural regions for our business as we continue to build out a truly global offering,” added Overholt.

Jerry Milani is a freelance writer and public relations executive living in Bloomfield, N.J. He has worked in P.R. for more than 30 years in college and conference sports media relations, two agencies and for the International Fight League, a team-based mixed martial arts league, and now is the PR manager for FAN EXPO, which runs pop culture and celebrity conventions across North America. Milani is also the play-by-play announcer for Caldwell University football and basketball broadcasts. He is a proud graduate of Fordham University and when not attending a Yankees, Rams or Cougars game can be reached at Jerry (at) JerryMilani (dot) com.
@gbpackjerry
Previous TeamWorks Media Announces Talent Additions For ‘La Vida Baseball Live’
Next Champs Sports Taps Notable Influencers to Launch Two New Digital Series