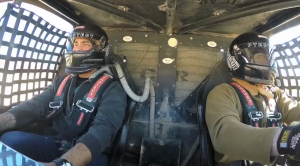 Founded by Hammond Meredith and his partner Jon Krashna, Sabot Group is an organization consisting of three divisions: Lifestyle and Clothing line, 501c3 Foundation Trust and Off-Road Professional Racing Team. The three companies were created with one goal in mind: to support combat veterans by inspiring life-long connections through participation in wholesome activities fostering fun, teamwork and comradery. Sabot sponsors engagements throughout the country including camping, hunting, fishing, off-roading, and snowmobiling with participation from veterans experiencing debilitating physical injuries (including PTSD).

The Veteran’s Administration reports a staggering statistic that an average of 22 veterans commit suicide daily. The trauma that PTSD and other injuries impose on veterans after harrowing days in combat is best understood by others with similar experiences. With these challenges and statics in mind, Sabot Group’s mission is to reach those who need understanding and opportunities to improve their quality of life.

Krashna took some time to discuss the foundation and its plans in this exclusive interview. 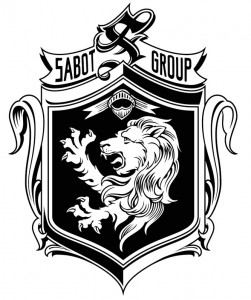 SportsMedia Report: How did the Sabot Group form, get established?
Jon Krashna: Sabot Group was the brainstorm of two simple guys, Hammond Meredith and Jon Krashna, who knew each other through Pegasus, a Lowrider car club based in Los Angeles. While at Hammond’s amazing ranch at the base of the Big Horn Mountains in Wyoming, Hammond expressed an interest in combining his off road professional race group with a foundation which would support active-duty service members and veterans dealing with post-traumatic stress, homelessness and other transition difficulties.  We decided to name the entities Sabot (Say-bo) which was designed as an artillery round used to penetrate armor and used in shotguns for hunting. At this point it’s just us two chaps and Hilary Hobson who handles our most complex logistics, accounting, and administration.

SMR: What makes Sabot Foundation so special in terms of supporting combat Veterans?
JK: In less than one year since its creation, Sabot Foundation has donated $200,000 to assist veterans and veterans’ causes, including but not limited to: transition and holistic programs, assistance to other foundations, funeral expenses, accountability programs, supplies to homeless veterans and special events for veterans. To date, the Foundation has been self-funded without any solicitations from outside donors. We wanted to make it clear that this was a serious venture and not just some thrown together foundation with no real goals or genuine impact. Because of our commitment we have recently engaged with Capital One Bank and Oakley, relationships that were brought to us by third parties who saw the impact we were making in the lives of veterans.

SMR:  Tell us about Sabot Racing, a few of the big name drivers on the Off-Road Professional Racing Team and what’s upcoming for races this summer
JK: Hammond is the senior driver for Sabot Racing. He drives two classes of vehicles; UTV Pro Induction and 6100 Trophy Truck. All of our racing endeavors are with the partnership and support of Rhys Millen Racing Team, and the Trophy Truck is co-driven by the famed driver Rhys Millen. We also share UTV racing support with Erik Davis of Always Evolving, who was actor Paul Walker’s racing partner. Since March, Hammond and crew have participated in the Mint 400, NORRA 1000, Baja 500. A couple of last year’s races included the Tijuana 250 and the 100th Anniversary of the Baja 1000. Hammond is also making a debut in the 20th Anniversary of the Gumball Rally Race, a 3000 mile rally race from London to Tokyo, driving a rare GTR-R34 Nismo. Immediately after that event is the Best In The Desert 600 Vegas to Reno race which USMC veteran Gabe Henderson, also featured in the New York Times best-selling book Joker One, will be the lead driver of the Sabot Racing UTV. 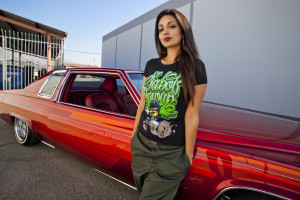 SMR: How does your diverse career background lend itself to being successful in this mission?
JK: Hammond Meredith’s great grandfather Edwin Meredith, the former Secretary of Agriculture under Woodrow Wilson, founded the Meredith Corporation (now in its 116th year), a conglomerate of Media, Radio and TV brands. His family was also involved with the Boys and Girls Club of America in its early years.  Hammond’s association with veterans over the past several years and seeing their needs first hand accelerated his desire to be proactive in helping those who were transitioning out of America’s longest war in history. A trained chef who has owned restaurants in Japan after receiving prestigious culinary training in France, an avid outdoorsman and hunting guide, semi pro snowboarder, cattle rancher, horseman, race car driver and other various skill sets have provided him with diversity in his support of veterans.
Jon Krashna’s two primary backgrounds are distinct: First, the Halo Group and STAC – private training facilities previously located at the then closed Concord Naval Weapons Station and Mare Island Navy Base where a program with a subordinate unit of Special Boat Squadron ONE was located until the base closed in April of 1996 then Blackwater, and CAMP CQB (founded by Michael Taylor) a USMC Veteran instrumental in the development of the Fleet Antiterrorism Security Team whereby Krashna’s involvement with a diverse group of instructors, teammates and veterans who served in main force and specialty units as well as local and federal LEO and LEA set the bar to proactively assist veterans.  Second, Krashna was also a successful music manager in the Bay Area and after transitioning to Southern California, became a motion picture and television distribution executive having distributed close to 350 domestic and foreign motion picture and TV shows through companies he created.

SMR: Please explain further the Sabot Group’s goal to reach those in the Combat Veteran Community who need understanding and opportunities to improve their quality of life.
JK: For starters, we as a country have a duty “to care for those who have borne the battle”. It’s more than a pat on the back and a “Thank You For Your Service” or waiting around until Veterans Day or Memorial Day to express our gratitude. Very few people here in the USA appreciate the countries deep resonance. Our protection, growth, and freedoms come from the backs and lives of veterans. Everyone, if they can, should visit the 9-11 Memorial or sit at places like the Gettysburg National Cemetery or Arlington – don’t speak just look at the rows of those who have given you what you have, then look at the names.  Everyone has a duty to serve and that service is helping others, in whatever form that may take. We educate those who don’t understand and we expand our reach through places like VFW, The American Legion, Social Media, radio interviews, television interviews, blogs and we use racing as a deeper outreach. People can visit our website www.sabotgroup.com @sabotfoundation @sabottv

SMR: Why is the Lifestyle and Clothing line so critical in the Sabot Group organization mix, how can people find out more/ support the cause?
JK: Lifestyle reaches youth, it captures and expands the brand. The brand is important, our brand is exciting. Building the brand is vital and many big brands have been achieved by utilizing a Lifestyle platform. We build the brand through Lifestyle and are surrounded by those who can uniquely build our message through visuals and design. Tribal Gear, Mister Cartoon, Estevan Oriol, artists and designers alike as far as Brasil, Germany and Japan have assisted us with our message through a lifestyle platform. Most recently we are involved in producing a TV series involving food and professional athletes – not just a wish list of athletes but athletes already committed from NBA, NFL and MLB. The list is quite impressive.

Jerry Milani is a freelance writer and public relations executive living in Bloomfield, N.J. He has worked in P.R. for more than 30 years in college and conference sports media relations, two agencies and for the International Fight League, a team-based mixed martial arts league, and now is the PR manager for FAN EXPO, which runs pop culture and celebrity conventions across North America. Milani is also the play-by-play announcer for Caldwell University football and basketball broadcasts. He is a proud graduate of Fordham University and when not attending a Yankees, Rams or Cougars game can be reached at Jerry (at) JerryMilani (dot) com.
@gbpackjerry
Previous mycujoo To Stream 1500 Beach Soccer Matches through 2021
Next Sports P.R. Pioneer Alan Taylor Pens Memoir