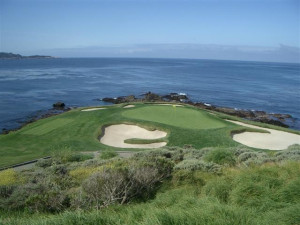 SiriusXM’s programming will feature 44 hours of live hole-by-hole coverage – more than ever before – across all four rounds of play – June 13th through the 16th – and will include a playoff if one occurs.  Live championship coverage will begin Thursday and Friday at 10:00 am ET/7:00 am PT and Saturday and Sunday at 1:00 pm ET/10:00 am PT on SiriusXM PGA TOUR Radio (Sirius ch. 208, XM ch. 92), which is available nationwide on SiriusXM radios, on the SiriusXM app and SiriusXM.com.

SiriusXM’s Taylor Zarzour and Brian Katrek will anchor the play-by-play broadcast with former PGA Tour pros Carl Paulson and Mark Carnevale serving as the analysts in the booth.  A team of roving reporters, including Fred Albers, Maureen Madill, John Maginnes, Dennis Paulson and Bill Rosinski will provide commentary from around the course.  SiriusXM’s Debbie Doniger will be on site conducting pre- and post-round interviews with the competitors.

The U.S. Open Championship, conducted by the USGA, is the ultimate test of golf for the best players in the world, and truly open, as evidenced by its global qualification process. This year, the USGA accepted 9,125 entries from professional and amateur golfers to compete for its most prestigious championship.

“Pebble Beach is one of the most exciting venues in golf and will be the stage for another terrific U.S. Open Championship.  We’re very pleased to expand our coverage this year to deliver listeners more live tournament hours, with a first-rate broadcast team calling more action from the course than ever before,” said Scott Greenstein, SiriusXM’s President and Chief Content Officer.  “Our live play-by-play and the insight of our expert hosts throughout U.S. Open Week will truly bring golf fans inside this event.”

Highlights from SiriusXM’s talk programming during U.S. Open week will include:

The USGA and FOX Sports have a comprehensive multi-media agreement that makes FOX Sports and FS1 the principal domestic media partner of the USGA. The 119th U.S. Open Championship will air on FOX, FS1, FOX Deportes, FOXSports.com and the FOX Sports App beginning Thursday, June 13 at 12:30 PM ET on FS1. FOX Sports’ broadcast will also air on the FOX Sports channel on SiriusXM (channel 83) through the conclusion of the championship.

Jerry Milani is a freelance writer and public relations executive living in Bloomfield, N.J. He has worked in P.R. for more than 30 years in college and conference sports media relations, two agencies and for the International Fight League, a team-based mixed martial arts league, and now is the PR manager for FAN EXPO, which runs pop culture and celebrity conventions across North America. Milani is also the play-by-play announcer for Caldwell University football and basketball broadcasts. He is a proud graduate of Fordham University and when not attending a Yankees, Rams or Cougars game can be reached at Jerry (at) JerryMilani (dot) com.
@gbpackjerry
Previous Michael Strahan To Host Nickelodeon’s Kids’ Choice Sports , August 10
Next FANX™ Mobile Application Data Shows Positive Impact on College Sports Fan Engagement