Jerry Milani July 9, 2019 News, On The Air Comments Off on Univision to Relaunch Multi-Platform Sports Media Brand as ‘TUDN’ on July 20 1,203 Views 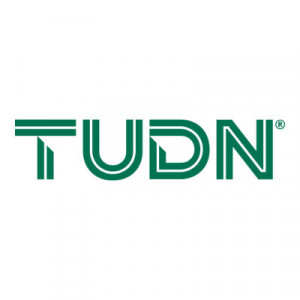 Univision Communications Inc., the leading Hispanic media company in the U.S., will relaunch its multi-platform sports media brand and leading cable sports network as ‘TUDN’ on Saturday, July 20. Extending across Univision’s robust linear, audio and digital portfolio, TUDN will deliver more live soccer than any other U.S. media brand while offering viewers a richer and more engaging experience than ever before.

Built to serve the most passionate fútbol fanáticos in North America, the TUDN brand identity signals to viewers that this is “Your Sports Network.” The tagline, “Vivimos TU Pasión,” translates to “We Live Your Passion.”

On July 20, the nation’s No. 1 Spanish-language sports network – currently known as Univision Deportes Network – will become the 24-hour television home of TUDN in the U.S. The network will bring together the top sports programming, talent and production capabilities from the U.S. and Mexico through a collaboration with Grupo Televisa, which is simultaneously debuting the TUDN brand in Mexico. Studio programming on the new joint network will broadcast live and original content from 8 a.m. to 1 a.m. daily, ensuring fresh content with up-to-the-minute news, analysis and opinion.

The launch on July 20 coincides with the opening weekend of the 2019 Torneo Apertura for Liga MX, the most-watched soccer league in the U.S. TUDN’s debut telecast will feature a doubleheader on the long-standing Sábado Futbolerofranchise, with Club América taking on Monterrey at 8 p.m. ET and Necaxa hosting Cruz Azul at 9:55 pm. As part of launch week, TUDN will also deliver the first-ever matches from the inaugural Leagues Cup, a new annual competition between Liga MX and Major League Soccer debuting this month, on July 23-24. Univision is the official Spanish-language broadcast partner for this event in the U.S.

“Upon its debut, TUDN will be the largest Spanish-language sports media brand in the world,” said Juan Carlos Rodriguez, President of Sports for Univision and Televisa. “With a bold new content slate built around live programming and the best team of experts in the industry, this new powerhouse identity will resonate with fútbol fanáticos throughout North America and raise the bar for coverage of the world’s most beloved sport.”

In addition to the 24-hour cable sports network, the TUDN brand will also extend to sports telecasts on other Univision networks, including Univision Network, UniMás and Galavisión.

Under the TUDN banner, Univision will continue to deliver more live soccer than any other media company in the U.S. The TUDN live rights portfolio in the U.S., which is projected to account for more than half of all soccer viewership in the country this year, includes Liga MX, Liga MX Femenil, Major League Soccer, the Mexican men’s and women’s national teams, the U.S. men’s and women’s national teams, UEFA Champions League, UEFA Europa League, CONCACAF Champions League, Copa MX and Bundesliga. TUDN will also be the home of Euro 2020 next summer.

In addition to television, the TUDN brand will reach sports fans in the U.S. through the nationwide TUDN Radio Network, the TUDN channel on SiriusXM, the TUDN mobile app and TUDN.com. Visitors to the website and app will find Spanish-language news, analysis, scores, highlights and schedules, as well as live streaming capabilities for authenticated TUDN subscribers.

Jerry Milani is a freelance writer and public relations executive living in Bloomfield, N.J. He has worked in P.R. for more than 30 years in college and conference sports media relations, two agencies and for the International Fight League, a team-based mixed martial arts league, and now is the PR manager for FAN EXPO, which runs pop culture and celebrity conventions across North America. Milani is also the play-by-play announcer for Caldwell University football and basketball broadcasts. He is a proud graduate of Fordham University and when not attending a Yankees, Rams or Cougars game can be reached at Jerry (at) JerryMilani (dot) com.
@gbpackjerry
Previous NLL Announces Contract Extension For Commissioner Nick Sakiewicz
Next WTT Launches 44th Season With New Teams, TV Partners