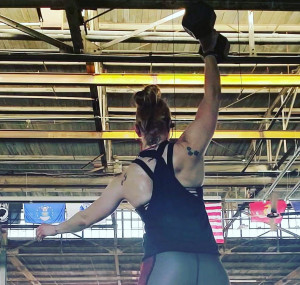 CrossFit, Inc. announced the 2019 Reebok CrossFit Games will be broadcast through an expansive network of amateur and professional partners. Over 30 outlets will receive an open-source feed to freely distribute the program on any platform or channel they choose. The unprecedented move allows traditional broadcasters, niche media sites, and ordinary fans from around the world full creative license to produce bespoke shows for specific audiences, regardless of size or language.

Digital coverage of the Games was formerly produced in-house and broadcast on ESPN and CBS. This coverage produced one of the most engaging sports programs on Facebook Watch, but English was the only language offered worldwide. CrossFit’s new model goes beyond the traditional one-to-all approach. The original feed can be shaped by each producer, influencer, and caster to create a multitude of individualized broadcasts. Outlets may add their own commentary, distribute content through their own channels, and create their own supplemental coverage or studio programming. The new approach will better serve a global and diverse community increasingly hungry for CrossFit.

Combined with a new media policy that encourages professional-quality photography and recording equipment, this broadcast shift opens the door for aspiring media personalities, news outlets, commentators, and creators to share the story of the CrossFit Games through their own perspectives and in their own languages.

News of the change has been met with enthusiasm. Loud and Live, Inc.’s Dylan Malitsky, who will be broadcasting on YouTube and Facebook, said, “We are excited to celebrate the Mexican and Spanish CrossFit communities by providing the opportunity to watch their national champions compete among the fittest in the world. For the first time, CrossFit fans can listen to the Games live in Spanish.” In addition to Spanish, the Games will be available in French, German, Italian, Portuguese, Arabic, Hebrew, English, Danish, and Icelandic.

CrossFit has partnered with Kiswe Mobile to advance the new distribution model by leveraging Kiswe’s cloud-based production and broadcasting platform, CloudCast. Each of this year’s unique streams will have personalized narration, commentary, and graphics while operating remotely. A broadcast of this quality at this scale is an industry first — all managed, produced, and delivered with the cloud and requiring no physical studios.

Mike Schabel, CEO of Kiswe Mobile, said, “The live sports broadcast industry is undergoing a transformation enabled by new cloud-based technology and fueled by digital-savvy audiences that expect personalized authentic content. CrossFit is pioneering the future of sports broadcasts by enabling their community to become directly involved in the telling of their story without the expense of creating each new broadcast stream with on-site trucks and studios.”

CrossFit is a community-first organization, and returning broadcasting rights to the community aligns with CrossFit’s approach to business. The open-source, distributed-content model is similar to the philosophy that powered CrossFit’s explosive growth to 15,000+ worldwide affiliates. CrossFit began by sharing its daily workouts and world-class training methodology on the web for free and accepts many different expressions of its core message.

“This is a more organic approach that allows us to invite individuals and outlets from around the world to create the Games viewing experience that they would want for themselves. It creates artistic and economic opportunities for others, which is a model CrossFit can stand behind,” said Justin Bergh, General Manager of the CrossFit Games.

Jerry Milani is a freelance writer and public relations executive living in Bloomfield, N.J. He has worked in P.R. for more than 30 years in college and conference sports media relations, two agencies and for the International Fight League, a team-based mixed martial arts league, and now is the PR manager for FAN EXPO, which runs pop culture and celebrity conventions across North America. Milani is also the play-by-play announcer for Caldwell University football and basketball broadcasts. He is a proud graduate of Fordham University and when not attending a Yankees, Rams or Cougars game can be reached at Jerry (at) JerryMilani (dot) com.
@gbpackjerry
Previous FITE to Exclusively Stream Lucha Libre AAA’s debut events at MSG and the L.A. Forum A
Next Sports and Entertainment Veterans Adelson and Lyons Launch PivottvMedia