Home / Analysis / Is ‘The Last Dance’ Just The Start For The All-Encompassing Storytelling Genre In Sports?

Jerry Milani May 20, 2020 Analysis, News Comments Off on Is ‘The Last Dance’ Just The Start For The All-Encompassing Storytelling Genre In Sports? 1,014 Views 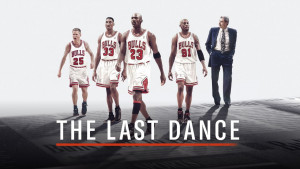 This past weekend ESPN wrapped up The Last Dance with episodes 9 and 10 averaging 5.6 million viewers across ESPN and ESPN2. That was up 10% from the previous week with episode nine reeling in 5.9 million to rank as the third most-watched episode of the run. The original airings of all ten episodes of the series also averaged 5.6 million viewers within the same day, cementing “The Last Dance” as the most-watched documentary content ever on ESPN.

While long form video storytelling is certainly not new, and we are now entering into an era where even short form digital storytelling on platforms like QUIBI will be growing, we wondered what the opportunities that could open up for untold stories could be, and what the audience will be like when we emerge from quarantine. Was “The Last Dance” a mirage, a one off or a door opener? It certainly had the window, the content, the hype, and the promotion to make it successful, and whether it is ESPN, Showtime, HBO, Netflix, Amazon, Bleacher Report (with its new head of programming Rachel Brill) or any number of platforms, that combination doesn’t always happen.

“I was not surprised by the interest in “The Last Dance.”  You had a number of factors that when combined, resulted in huge numbers for the documentary,” said Jim O’Connell, President of Athletes First Partners, the agency which represents both the NBPA and the NBA Retired Player’s Association on marketing and strategy and a veteran in the sports marketing business at properties like NASCAR.  “You had a fantastic lead—Michael Jordan and an amazing supporting cast of compelling coaches, GM’s, Owners and since retired NBA Players.   You also had an intriguing storyline—how do you complete the three peat with all the drama and distractions?  It didn’t matter that you knew how the story ends.  Layer in a pandemic inspired vacuum of good sports content and you have a hit.  There are great stories waiting to be told—stories with athletes we already know (like MJ) and stories with athletes who we don’t know much about, but we should!”

But was it a one off, and what is needed to engage and achieve storytelling magic?

“I have been honored to have worked on so many great stories in the past, from “61*” to “Miracle”, and certainly the access and the timing of “The Last Dance,” made it unique,” added Ross Greenburg, who, with 51 Emmy Awards,  has really pioneered the long form storytelling space in and around sports, and will continue to expand that position with the theatrical adaption of the story of the 1999 Women’s World Cup team, which was just recently announced for Netflix. “Of course, there are others that can fit into longer form storytelling, the question always is timing, access, and the scope of the story. There may be a rush of ideas that sound good; the opportunity is in how the ideas are turned into a visual narrative and how the audience engages. Quality vs. quantity is always key.”

That quality idea has also raised the question of what can be next around the sport of basketball, whose history, and its rivalries seem to now have an even deeper untapped trove of content. While we have seen current players like Steph Curry and Kevin Durant and LeBron James form content creation businesses and develop their own narrative lines, there has been a great deal of buzz around re-revealing older players stories who the current public on a global basis may not know that well, be that Stockton and Malone, Pete Maravich, or even Bill Russell. We have seen success of “30 For 30” around the” Bad Boys” of the Detroit Pistons and even had Magic/Bird, a theatrical adaption of that Celtics-Lakers rivalry make it to Broadway. Can “The Last Dance” open new doors for retired basketball stars?

“I believe “The Last Dance” highlighted just how good these content pieces can be and made them more top of mind for the masses,” O’Connell continued. “There are many other examples. ESPN has done a fantastic job with their 30 for 30 series which often features retired athletes. One of my favorites was ‘I Hate Christian Laettner.’ Showtime did a compelling short series on the legendary high school basketball coach Bob Hurley. In June, Fox is airing a documentary about one of the most interesting and talented players to come out of college in years: Tua Tagovailoa. Since A1 Partners started working with the NBA Retired Players Association, I’ve met many players and heard their personal stories. There are amazing amounts of untold tales—some touching, some hilarious and all compelling. Someone needs to tell these stories. Given the heightened awareness of this type of storytelling, I have also seen an increased interest from brands that are recognizing the opportunity to: 1) Help athletes tell their stories; 2) make an authentic connection with the consumer.  It is imperative that agencies match the appropriate brand (category) with the right content.”

In addition to the great film content was the wide support of shoulder programming throughout the run of “The Last Dance” that also extended the window of engagement for the audience. From Scott Van Pelt’s ESPN thoughts to even the longer creative that State Farm put forth in their commercials that told a wider story in and out of broadcast, to the work that The Ringer did in expanding the storytelling as well as countless podcast appearances and discussions, the additional storytelling set a precedent for what can be done to build a sustained audience for an event that is not LIVE. One example of that pivot to additional content was done by Chicago based TeamWorks Media, which created a live Twitter show every Monday following the airings called “Backstage At The Last Dance.” It was an open discussion not of the show itself, but of the goings on in Chicago and around the team at the time by several former media members who covered the team, as well as Tom Smithburg, TeamWorks co-founder who also happened to be on the PR staff for The Bulls during the run and had a series of great cameos in the documentary. The weekly show pulled in great numbers but also set another example of what can be done to expand audience outside of what was already being consumed, on a platform that is all about conversation.

“One of the great learnings from ‘Backstage at the Last Dance’ is the speed at which you can build a community through live content with a unique point of differentiation, drafting off of cultural events like this ESPN series,” said Jay Sharman, TeamWorks Media co-founder. “We were able to quickly launch a live social media show, within 48 hours of conceiving the idea, because we had three people so closely related to the Bulls and the Jordan era, and the test was passed with flying colors, with a high level of viewership and buzz-creation among key influencers. It helped us open our mindset to how we can lend that to help clients like the Big Ten and the World Golf Hall of Fame, and apply this mentality to upcoming events. This type of shoulder programming discussion has been an add on in the past; now we think it will be much more of a seamlessly integrated value proposition, so long as it is interesting and engaging.”

Now that “The Last Dance” is done, the buzz over what’s next will continue on, especially as we wait for live sports to fully return in the coming months. While production of new shows has obviously halted, virtually every network has speeded up the process for long and short form documentaries that were already produced, with the hopes of engaging an audience in some way like the Bulls story did. Now of course few will have the timing, hype, access and emotion that the mega-series did, bit with the right combination of audience engagement, low cost shoulder programming, and promotion, there are audiences hungry for more. How much more, and what those stories can be; from retired players and rivalries to grassroots sports like lacrosse, wrestling and softball remains to be seen, but the era of quality expanded storytelling has never been greater, and MJ and the Bulls just upped everyone’s game.

Jerry Milani is a freelance writer and public relations executive living in Bloomfield, N.J. He has worked in P.R. for more than 30 years in college and conference sports media relations, two agencies and for the International Fight League, a team-based mixed martial arts league, and now is the PR manager for FAN EXPO, which runs pop culture and celebrity conventions across North America. Milani is also the play-by-play announcer for Caldwell University football and basketball broadcasts. He is a proud graduate of Fordham University and when not attending a Yankees, Rams or Cougars game can be reached at Jerry (at) JerryMilani (dot) com.
@gbpackjerry
Previous Ready® Accelerates National Distribution
Next Greg Norman Hosts Another Special Live Edition of His SiriusXM Show on May 26