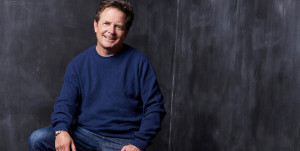 The Michael J. Fox Foundation for Parkinson’s Research (MJFF) announced that Bill Rasmussen has joined its team to help speed a cure for Parkinson’s disease.
Mr. Rasmussen is the storied founder of ESPN, the world’s first 24-hour, 7-days-a-week sports television network, who ushered in a new era of 24/7 broadcast sports news and coverage. Diagnosed with Parkinson’s disease (PD) in 2014 at age 81, he has taken on the disease with his signature positive attitude and commitment to staying active, embracing engagement and inspiring others, one person at a time.
Mr. Rasmussen will sit on the Foundation’s Patient Council, a 35-member body of individuals living with Parkinson’s who guide and counsel the Foundation on programmatic strategy to ensure the Foundation’s mission to bring a cure for Parkinson’s over the finish line is informed, supported and fortified by the patient voice. 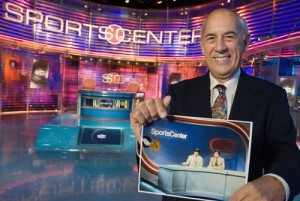 As a Foundation ambassador, Mr. Rasmussen will speak to Parkinson’s patients and families about the invaluable contribution they can make by participating in research studies, especially in the first days and months after a diagnosis with PD. By telling his own story of Parkinson’s diagnosis and engagement in the community, he hopes to quarterback an effort to find, educate, encourage and recruit newly diagnosed patients in research studies during their critical earliest stages of disease.
“Whether Parkinson’s-related or not, the obstacles in my life won’t stop — and I won’t let them stop me,” said Mr. Rasmussen. “I make workarounds to address the disease and I accept it for what it is. I still enjoy meeting new people. And I continue to be grateful that I can share my story. I hope my life story can help more people — even just one more person.”
Human studies, also known as clinical trials, play a critical role in the development of new and better treatments by testing safety and how well they work. But clinical trials and new treatments can’t move forward without the support of participants willing to join the team.
Across all research, 85 percent of trials face delays and 30 percent never get started because of the chronic shortage of volunteers. This means people with Parkinson’s wait longer for better solutions to manage the disease.
In particular, research that tracks the progression of Parkinson’s is best carried out in patients so recently diagnosed that they are not yet taking medicine to alleviate symptoms. Yet as the New York Times has reported, “It’s not uncommon for people with Parkinson’s to conceal their diagnoses, often for years. But the secrecy is not just stressful to maintain; experts fear that it also may be slowing down the research needed to find new treatments.”
Mr. Rasmussen is featured in the Foundation’s new resource, “If I Knew Then What I Know Now: The Michael J. Fox Foundation Patient Council’s Guide for People Newly Diagnosed with Parkinson’s Disease.” He also was a guest panelist on the Foundation’s corresponding webinar held Thursday, May 21 from 12 to 1 p.m. ET. (Register to listen on demand at michaeljfox.org.) And he will appear in the Foundation’s limited series COVID-19 podcast hosted by fellow MJFF Patient Council member Larry Gifford, founder and host of the award-winning podcast “When Life Gives You Parkinson’s” (Corus Entertainment/CuriousCast).
“The first few months and years following a Parkinson’s diagnosis can be overwhelming,” said Rachel Dolhun, MD, vice president of medical communications at The Michael J. Fox Foundation. “Few people think about participating in clinical trials during this time. But people in this fleeting window are in a unique position to contribute to research and help scientists capture the full continuum of Parkinson’s. We are thrilled to have Bill as an ally in sharing this story and helping increase the flow of critically needed newly diagnosed individuals into Parkinson’s research.”
Mr. Rasmussen’s collaboration with the Foundation is made possible by leadership funding from ESPN.
espn michael j. fox parkinson's rasmussen 2020-06-12
Jerry Milani
Share

Jerry Milani is a freelance writer and public relations executive living in Bloomfield, N.J. He has worked in P.R. for more than 30 years in college and conference sports media relations, two agencies and for the International Fight League, a team-based mixed martial arts league, and now is the PR manager for FAN EXPO, which runs pop culture and celebrity conventions across North America. Milani is also the play-by-play announcer for Caldwell University football and basketball broadcasts. He is a proud graduate of Fordham University and when not attending a Yankees, Rams or Cougars game can be reached at Jerry (at) JerryMilani (dot) com.
@gbpackjerry
Previous ‘Baseball Memories’ Tracks Baseball History In Poetry
Next Strat-O-Matic 365 Adds League Commissioner Feature For Baseball, Football Online Games