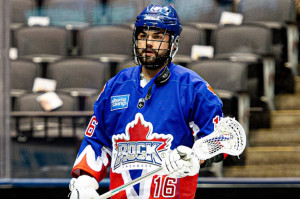 The National Lacrosse League (@NLL), the longest running and most successful professional lacrosse league in the world, today announced the following key dates for 2020 off-season lacrosse operations . The process was approved by the NLL Board of Governors during last week’s meetings and agreed upon with the Professional Lacrosse Players’ Association.

This 72-hour limited transactions window will end on Thursday, July 2nd at 12:00 PM ET. At this time, all typical off-season transactions will be allowed including the Clubs’ ability to re-sign their own players and make trades in preparation for the Free Agency period. Other key dates remain the same as previous seasons:

The selection order was determined by reverse order of regular season winning percentage, using Overall Tiebreakers under the NLL Regulations when necessary.

Georgia owns New England’s pick in the first round.

Dates for the 2020-21 NLL Draft and other key information regarding the start of the 35th NLL season will be announced in the coming weeks.

Jerry Milani is a freelance writer and public relations executive living in Bloomfield, N.J. He has worked in P.R. for more than 30 years in college and conference sports media relations, two agencies and for the International Fight League, a team-based mixed martial arts league, and now is the PR manager for FAN EXPO, which runs pop culture and celebrity conventions across North America. Milani is also the play-by-play announcer for Caldwell University football and basketball broadcasts. He is a proud graduate of Fordham University and when not attending a Yankees, Rams or Cougars game can be reached at Jerry (at) JerryMilani (dot) com.
@gbpackjerry
Previous Super Girl Gamer Pro Launches Nine-Week Online Qualifier Series and Season-Ending Super Girl Gamer Championships
Next Keflezighi, Karnazes, Walton team up to host Bike for Humanity II