With the NBA set to resume its 2019-20 season on July 30, SiriusXM will continue to provide NBA fans with the most extensive coverage on radio, offering live play-by-play of every game through the remainder of this season, including the NBA Playoffs and The Finals, plus daily talk and analysis on the exclusive SiriusXM NBA Radio channel.

NBA programming is available to SiriusXM subscribers nationwide. Subscribers with the SiriusXM All Access plan get access on their SiriusXM radios, via the SiriusXM app and at home with Amazon Alexa, the Google Assistant or however they stream in their house.

Those listening via the SiriusXM app get access to the official radio broadcasts of every NBA team, ensuring they can hear their favorite team’s announcers for every game.

On Thursday, July 30, the season will resume with a doubleheader featuring the Utah Jazz vs. the New Orleans Pelicans at 6:30 pm ET, followed by the LA Clippers facing the Los Angeles Lakers at 9:00 pm ET. For these games, the Pelicans and Lakers broadcasts will air on SiriusXM NBA Radio (channel 86 or 207), the Jazz broadcast will air on channel 136 or 212, and Clippers broadcast on channel 81. Fans can tune in leading up to game time for SiriusXM NBA Radio’s regularly scheduled daily programming, and SiriusXM NBA Radio hosts will be live on air with post-game coverage until 2:00 am ET.

Channels for future NBA games on SiriusXM can be found at SiriusXM.com/NBAschedules.

The 22 NBA teams participating in the season restart will play eight “seeding games” each. These 88 total “seeding games” will be played from July 30 through August 14 at ESPN Wide World of Sports Complex at Walt Disney World Resort in Florida, and will count toward the final 2019-20 regular-season standings and regular-season statistics. If a play-in is required to determine the eighth playoff seed in either conference, it will take place on Aug. 15-16. The first round of the 2020 NBA Playoffs will begin on Aug. 17.

Throughout the year, SiriusXM NBA Radio offers fans the most extensive and in-depth NBA coverage available on radio. The channel airs nationwide on SiriusXM radios (channel 86 or 207) and on the SiriusXM app and offers live game broadcasts and a daily schedule of NBA-focused news and talk hosted by former players, coaches and executives.

Jerry Milani is a freelance writer and public relations executive living in Bloomfield, N.J. He has worked in P.R. for more than 30 years in college and conference sports media relations, two agencies and for the International Fight League, a team-based mixed martial arts league, and now is the PR manager for FAN EXPO, which runs pop culture and celebrity conventions across North America. Milani is also the play-by-play announcer for Caldwell University football and basketball broadcasts. He is a proud graduate of Fordham University and when not attending a Yankees, Rams or Cougars game can be reached at Jerry (at) JerryMilani (dot) com.
@gbpackjerry
Previous Dr. Anthony Fauci TOPPS NOW® First Pitch Card Sells Record Of More Than 51K Copies In 24 Hours
Next Major League Wrestling and WAVE.tv Announce Strategic Rights Partnership for Social Distribution 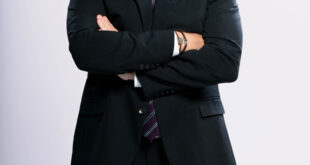