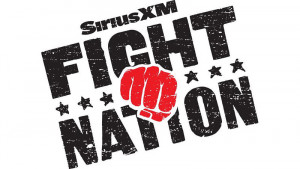 Unlocking the Cage with Jimmy Smith debuts Monday, August 31, and will air weekdays from 1:00 – 3:00 pm ET on SiriusXM Fight Nation (channel 156).  The show will cover the latest news and events from the world of MMA and go beyond the octagon with Smith discussing trending topics in sports, pop culture, entertainment and more.

Jimmy Smith is a veteran combat sports commentator who has called fights for the UFC, Bellator, PBC Boxing, Affliction and M1.  Smith was the host of Fight Quest for the Discovery Channel where he traveled the world studying and competing in a variety of martial arts.  Smith holds a BJJ black belt under Rey Diogo and a 6-1 record as a professional MMA fighter.

SiriusXM Fight Nation is available to subscribers nationwide on SiriusXM radios (channel 156), the SiriusXM app, and at home with Amazon Alexa, the Google Assistant or however you stream in the house.

Jerry Milani is a freelance writer and public relations executive living in Bloomfield, N.J. He has worked in P.R. for more than 30 years in college and conference sports media relations, two agencies and for the International Fight League, a team-based mixed martial arts league, and now is the PR manager for FAN EXPO, which runs pop culture and celebrity conventions across North America. Milani is also the play-by-play announcer for Caldwell University football and basketball broadcasts. He is a proud graduate of Fordham University and when not attending a Yankees, Rams or Cougars game can be reached at Jerry (at) JerryMilani (dot) com.
@gbpackjerry
Previous NY Sports and Concert Attendees Likely to Return To Venues, New Riptide Partners Survey Unveils
Next Dodgers Hall of Fame Broadcaster Vin Scully’s Personal Collection to Highlight Hunt Auctions Annual All-Star Live Auction, Sept. 23