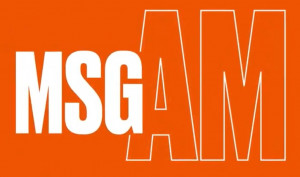 MSG Networks (NYSE: MSGN) today announced the launch of its new weekday morning show, MSG A.M., that will provide sports fans with a fresh, new and insightful look into the world of sports each morning. Hosted by MSG Networks host and basketball analyst Monica McNutt and sports media personality Kazeem Famuyide, the program will now air live from 8:00am – 9:00am ET on MSG every Monday through Friday.

MSG A.M. will feature entertaining discussions on the New York sports scene, as well as unique analysis and opinion on the latest news across the national sports landscape. The show will have engaging interviews with notable guests that will allow viewers to get to know them in a new and exciting way, from various athletes, coaches, team executives, on-air personalities and more. McNutt and Famuyide will provide updates on notable game action each week as well, including the top moments and plays from the gridiron.

“We are looking forward to waking up with the New York sports fan and connecting with our viewers as they first start their day,” said Jeff Filippi, Senior Vice President of Programming and Production, and Executive Producer, MSG Networks. “MSG A.M. will bring a fun energy to the morning, while delivering entertaining and informed commentary around the latest news in sports.”

The show will serve as the go-to destination for fans looking for colorful analysis on the biggest off-field storylines and news around the upcoming NBA and NHL seasons. Madelyn Burke, Giants host and reporter on MGS Networks, will regularly join the show, along with a mix of correspondents to discuss the top stories in sports and put a spotlight on the intersection of sports, culture and entertainment. Some of the correspondents throughout the week will include:

Tuesday/Steve Novak – one of the best three-point shooters in NBA history (9th all-time in career three-point percentage), who played for 9 teams including the Knicks

McNutt previously served as a co-host and analyst on the network’s weeknight talk show, ‘MSG 150,” and contributed to its Knicks pregame and postgame coverage during select games this past season.

MSG A.M. will also be available for viewing every morning on MSG GO, the network’s live streaming and video on demand platform for smartphones, tablets and computers.

Jerry Milani is a freelance writer and public relations executive living in Bloomfield, N.J. He has worked in P.R. for more than 30 years in college and conference sports media relations, two agencies and for the International Fight League, a team-based mixed martial arts league, and now is the PR manager for FAN EXPO, which runs pop culture and celebrity conventions across North America. Milani is also the play-by-play announcer for Caldwell University football and basketball broadcasts. He is a proud graduate of Fordham University and when not attending a Yankees, Rams or Cougars game can be reached at Jerry (at) JerryMilani (dot) com.
@gbpackjerry
Previous Scully Narrates ‘2020 World Series’ Film
Next Fan Controlled Football League Announces 1st Ever Fan Vote Results for Team Names